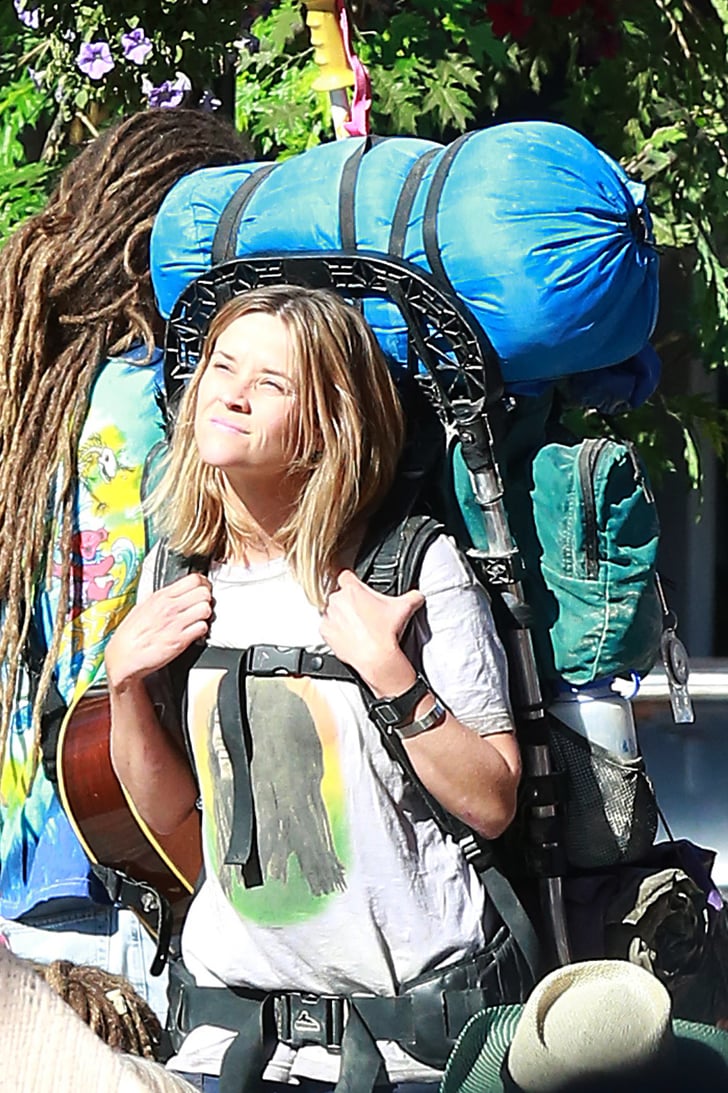 Reese Witherspoon shot scenes for her latest project, Wild, in Portland, OR, on Tuesday. She wore shorts, hiking boots, and a Bob Marley t-shirt while filming around the city's town square and also carried the heavy backpack known as Monster in the book. Reese is portraying author Cheryl Strayed in the big-screen adaptation, which is based on the latter's memoir, Wild: From Lost to Found on the Pacific Crest Trail. We got a glimpse of Reese's first days in character via social media last week, and the actress told fans that she was "so excited" to be starring in the picture. The 37-year old actress looks noticeably younger in her casual gear — a good thing considering Cheryl was 26 when she embarked on her 1,100-mile hike.

Reese headed back to Oregon for work after a busy, fun-filled week in LA. She and her family — husband Jim Toth and kids Ava, Deacon, and Tennessee — had a beachfront lunch together on Saturday before Reese reunited with her Little Nicky costars Adam Sandler and Kevin Nealon at the Brentwood Corn Festival. Most recently, Reese got glam to attend Elle's Women in Hollywood Awards, where she was honored along fellow actresses Melissa McCarthy, Shailene Woodley, and Marion Cotillard.

Image Sources: AKM-GSI and Splash News Online
Reese WitherspoonStars On The Set
Around The Web

Emmy Awards
Reese Witherspoon and Kerry Washington Threw a NYE Party For the Emmys, Because They're Over 2020
by Kelsie Gibson 4 weeks ago