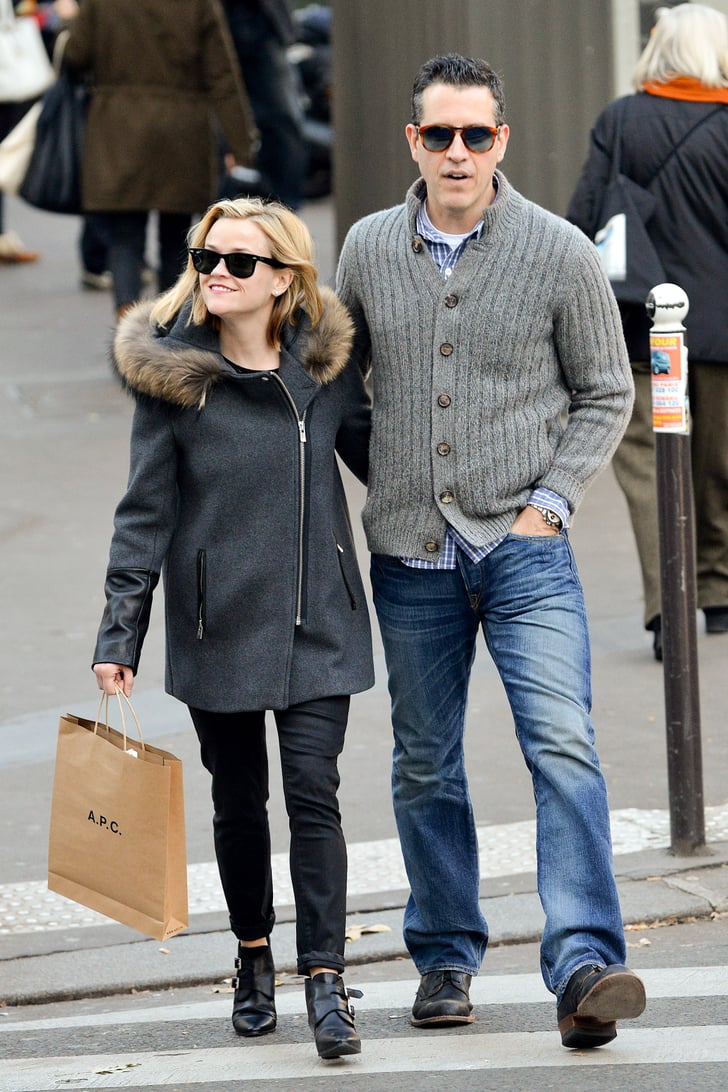 Reese Witherspoon and Jim Toth jetted out of LA over the weekend and headed to Paris, where they hit the streets for a little shopping on Monday. The couple strolled arm in arm as they went in and out of shops, including A.P.C. and Bonton, and broke from retail therapy for lunch at Café de Flore. Reese and Jim are no strangers to the City of Light, having traveled there for their PDA-filled honeymoon in 2011 after their Summer wedding.

The trip is a break from Reese's recent busy schedule, which has included appearances at the March of Dimes Celebration of Babies Hollywood luncheon and the 23rd annual Beat the Odds Awards. The events were a few of the first times Reese debuted her shorter cropped hair on the red carpet, after cutting it following the end of filming for Wild.

This is Us
Fun Fact Alert: Madison on This Is Us Is Married to Series Creator Dan Fogelman IRL
by Perri Konecky 21 hours ago

Adele
Not So Fast! Adele Says She's Single Amid Those Skepta Dating Rumors
by Monica Sisavat 1 day ago