Ricky Martin has been under the radar for the past few years while he focuses on raising his two sons, but he took to his website today to make a special announcement. Barbara Walters recently expressed regret for badgering Ricky about his sexuality, which has been the subject of much speculation since he stepped into the limelight decades ago. Ricky's finally putting all the questions to rest with this afternoon's post, which was in Spanish and English. Ricky said: 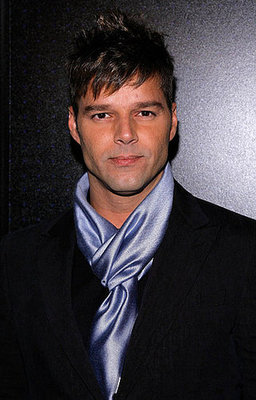 "If someone asked me today, 'Ricky, what are you afraid of?' I would answer 'the blood that runs through the streets of countries at war. . . child slavery, terrorism. . . the cynicism of some people in positions of power, the misinterpretation of faith.' But fear of my truth? Not at all! On the contrary, It fills me with strength and courage. This is just what I need especially now that I am the father of two beautiful boys that are so full of light and who with their outlook teach me new things every day. To keep living as I did up until today would be to indirectly diminish the glow that my kids where born with. Enough is enough. This has to change. This was not supposed to happen 5 or 10 years ago, it is supposed to happen now. Today is my day, this is my time, and this is my moment.

These years in silence and reflection made me stronger and reminded me that acceptance has to come from within and that this kind of truth gives me the power to conquer emotions I didn't even know existed.

What will happen from now on? It doesn't matter. I can only focus on what's happening to me in this moment. The word 'happiness' takes on a new meaning for me as of today. It has been a very intense process. Every word that I write in this letter is born out of love, acceptance, detachment and real contentment. Writing this is a solid step towards my inner peace and vital part of my evolution.

I am proud to say that I am a fortunate homosexual man. I am very blessed to be who I am."

Ricky's obviously changed a lot since becoming a dad, and we wish him well in taking this very big public step — what do you guys think of Ricky's announcement?

The Ellen DeGeneres Show
Ricky Martin's Daughter Is Obsessed With CoComelon, but It's All Downhill When He Sings
by Perri Konecky 6/08/21 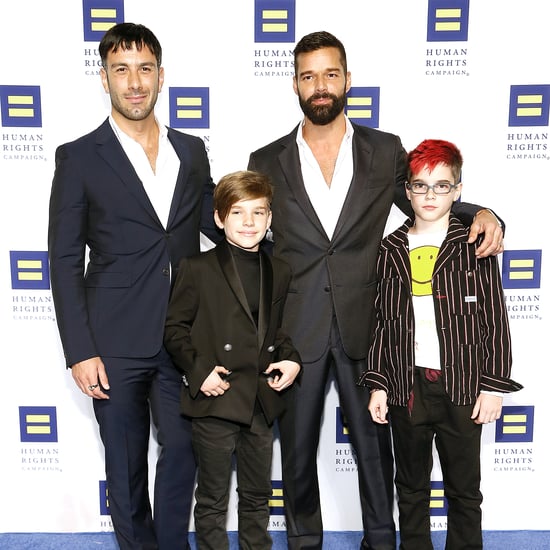 Ricky Martin
Ricky Martin Is a Father of 4! Here's Everything We Know About His and Jwan Yosef's Kids
by Alessia Santoro 6/02/21