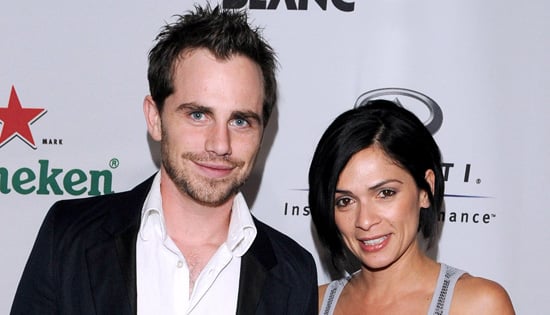 Sorry, guys — your childhood crush Shawn Hunter is officially off the market. Rider Strong, best known for his role as the trailer-park-bred bad boy on Boy Meets World, married longtime girlfriend Alexandra Barreto in a camp-themed ceremony in Oregon on Sunday, People confirms. Rider's wedding comes just one day after his Boy Meets World costar Danielle Fishel tied the knot with Tim Belusko in LA. Rider's onscreen BFF Ben Savage was in attendance at Danielle's wedding and unfortunately missed out on Rider's big day. In a statement before the wedding, Rider said, "I am missing some of my Boy Meets World family," adding, "That was my fault, [Danielle] chose the date first."

Rider and Alexandra met while filming the now-defunct show Pepper Dennis in 2006 and worked together on a Barack Obama presidential campaign video two years later. Rider popped the question during a romantic weekend in Northern California back in December. Earlier this week, Rider confirmed his impending nuptials, saying, "I'm incredibly lucky to be getting married to my best friend and partner in crime." Congrats to the happy couple!