Rihanna sparkled at tonight's Brit Awards outside London's O2 Arena. Yesterday, Rihanna celebrated her 24th birthday, and we commemorated the milestone with a look back at her hottest bikini moments. She, meanwhile, reportedly partied late with friends. She got many tweets from fans and friends, including a controversial message from former beau Chris Brown. Chris tweeted, "Happy birthday Robyn!" to which she replied, "Thanks!"

The interaction between the pair didn't stop there. Rihanna and Chris simultaneously released two new tracks. She appears on his remix of "Turn Up the Music," and he's featured on her explicit release, "Cake." Fans are reacting with mixed emotions to the collaborations — what do you think?

Previous Next Start Slideshow
RihannaBrit Awards
Around The Web

Rihanna
Rihanna May Not Be Able to Vote, but She Sure as Hell Knows How Important It Is
by Monica Sisavat 3 days ago 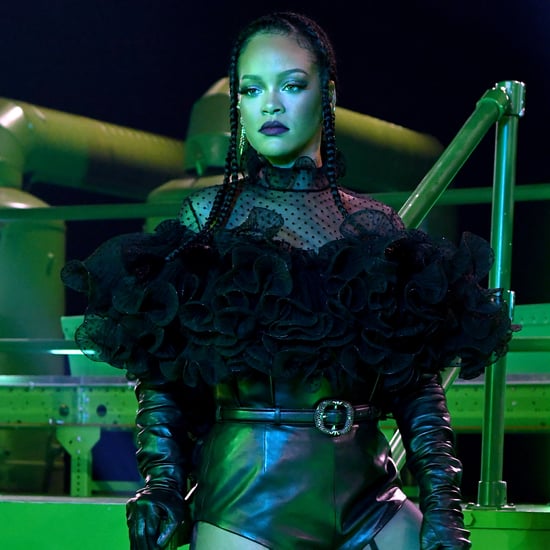 Rihanna
Rihanna's Savage x Fenty Volume 2 Show Is an Uplifting Celebration, and I Fully Appreciate It
by Brea Cubit 2 weeks ago