Rihanna pulled out all the stops modeling the shortest of shorts for her two sold-out shows over the weekend. She coheadlined England's V Festival Saturday and Sunday, joining Eminem on stage both nights for a duet of their chart-topping hit "Love the Way You Lie." Rihanna relocated to the South of France today for her latest bikini-filled break from touring. She boarded a yacht docked off the France's southern coast wearing a black bandeau then slipped into a wild cutout one-piece and sipped champagne with friends. Rihanna has lots of reasons to celebrate, collecting nearly $2 million for her performances at the festival while Eminem reportedly took home $3.3 million. Rihanna and Eminem could reunite this weekend at the MTV Video Music Awards, where their song is nominated for best male video, best cinematography, and best direction. 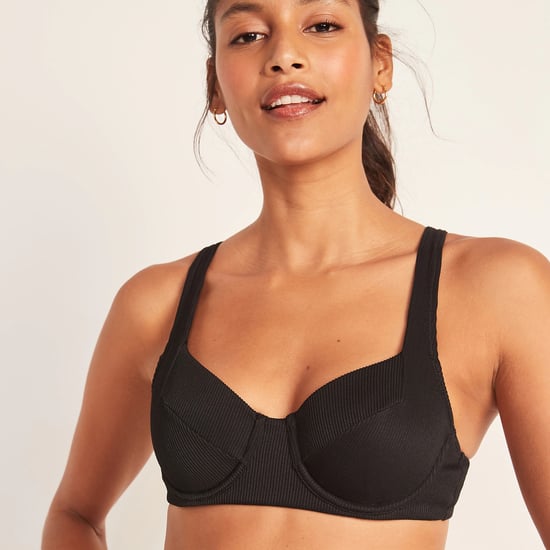 Old Navy
I'll Be Wearing This Old Navy Bikini on Repeat, but Here Are 15 More For Large Busts
by Morgan Ashley Parker 1 day ago