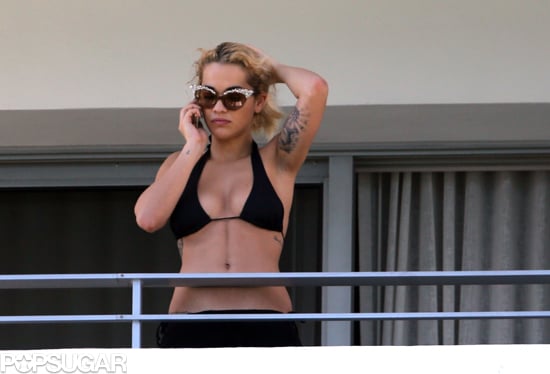 Rita Ora recovered from her recent health scare by getting in a bit of bikini time on her hotel balcony in Miami on Wednesday. On Monday, Rita was rushed to the hospital after she collapsed on the set of a photo shoot for Madonna's Material Girl clothing line. According to Rita's reps, she fainted due to heat exhaustion and dehydration, but she appears to be doing much better. She tweeted on Tuesday, "Just to say. I love you guys. I'm getting better. Thank you for all your support bots I love you. Sorry to scare you. I got scared too." 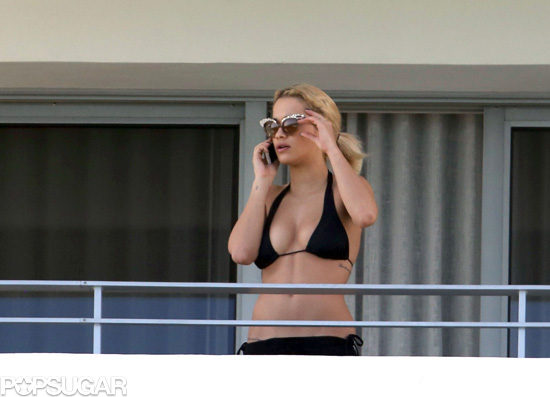 In addition to her bikini break yesterday, Rita's spirits were much better as she tweeted out a plea to find the new PlayStation 4, which has been sold out across the United States ever since it was released last week. 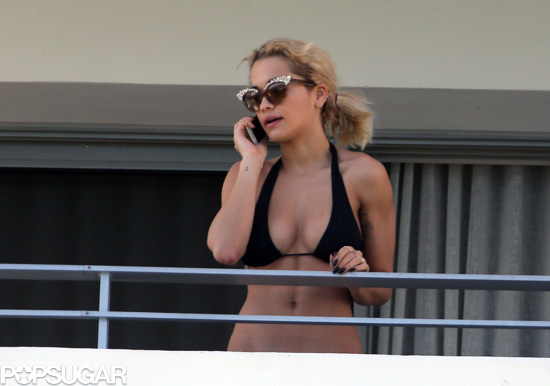