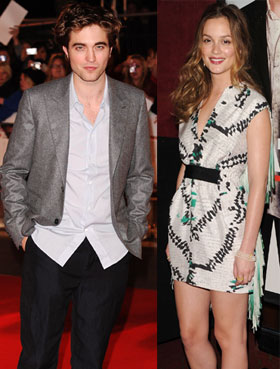 Robert Pattinson has been filming in Europe and just spent Kristen Stewart's birthday weekend with her in Hungary, but this week's issue of InTouch claims that he was recently spotted leaving Leighton Meester's NYC apartment. The magazine alleges that Rob visited her home in the evening, left at 11 a.m. the next morning, and that the duo has been in constant contact ever since. It's plausible that Leighton's already moving on after her split from Sebastian Stan, but Rob, of course, is still linked to Kristen. So, tell us what you think of the story that Rob visited Leighton's place — think it could have happened or are you not buying it?