The MTV Movie Awards red carpet wasn't where some of the night's cutest couples flaunted their love, as the main PDA came backstage and at the afterparty. Nikki Reed was one of the few to pose outside the Gibson Amphitheater with her brand-new fiancé, Paul McDonald, while Robert Pattinson and Kristen Stewart looked cozy backstage. Jennifer Aniston and Justin Theroux saved their coziness for the MTV Movie Awards afterparty, as did Lily Collins and Taylor Lautner. So, tell us — who do you think was the cutest couple last night? 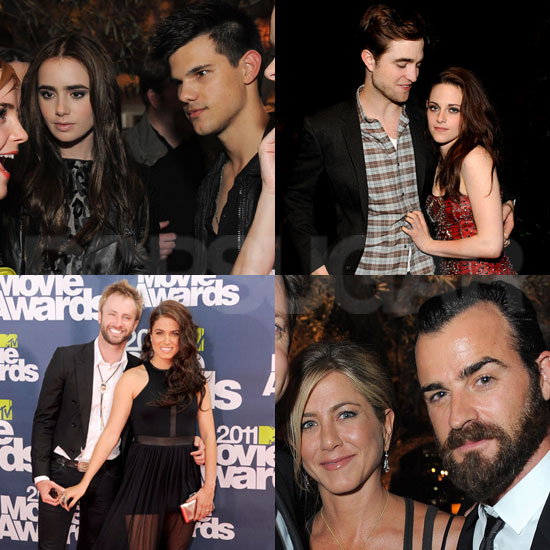