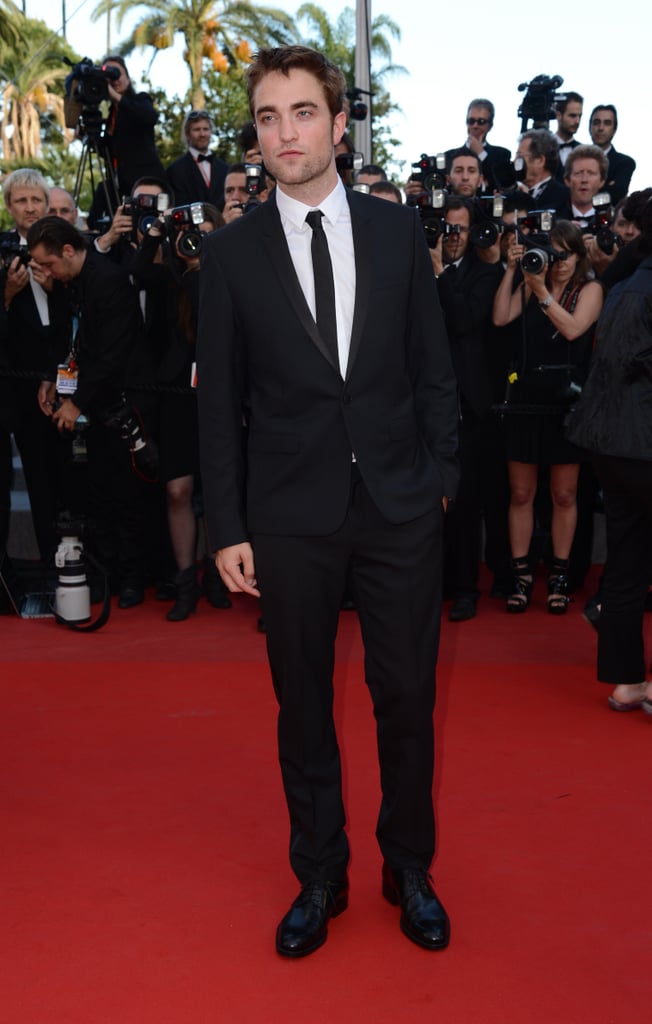 Robert Pattinson made his 2012 Cannes Film Festival debut on the red carpet for the premiere of girlfriend Kristen Stewart's On the Road today. He has his own project, Cosmopolis, to promote at the glamorous festival, but it looks like he's showing support for Kristen's work first. She was up early with her costars Kirsten Dunst, Garrett Hedlund, and Tom Sturridge for a photo call this morning after many of them arrived in the South of France last night. Kristen and Rob are just a few of the glamorous couples at Cannes, including Diane Kruger and Joshua Jackson and Salma Hayek and her husband, Francois-Henri Pinault.