Robert Pattinson was spotted today on his way into a London studio to record an appearance for George Clooney's Hope for Haiti telethon, and in the time since we last saw him, he's evidently grown out his beard! The hairy look is becoming increasingly popular for many of Hollywood's hottest guys, but this is covering up one of the world's most in-demand faces. It's quite a change from his clean-shaven Edward Cullen look, so tell us what you think about Rob's new beard — love it or leave it? 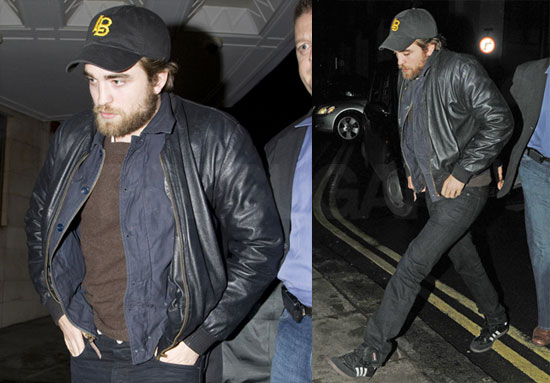