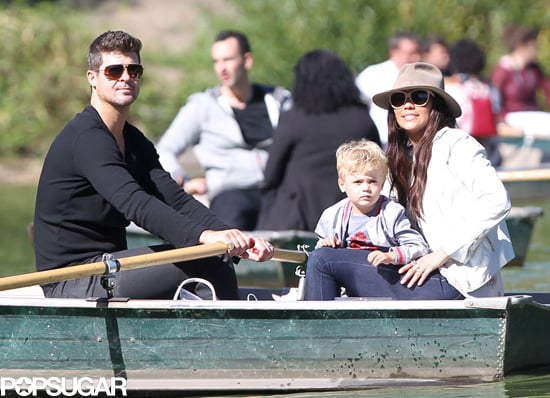 Robin Thicke had a family day with his wife, Paula Patton, and their son, Julian, at Central Park in NYC yesterday. The group took a ride on a rowboat on the park's lake and later held hands as they strolled through the scenery with a group of friends. Later that day, Paula opened up about her husband's controversial performance with Miley Cyrus at the MTV Video Music Awards back in August. The newly single Miley Cyrus got a lot of flak for dancing suggestively with Robin, but Paula wasn't put off by their performance, saying, "I wasn't surprised at all. They rehearsed for three days beforehand, and I don't know how not to dance with someone having their booty in your . . . all my friends do it like that! I don't really know what the big deal is." She also joked that maybe people expected Miley to come out and play a piano like Alicia Keys: "[Miley's] song's about taking Molly! I don't understand. I didn't get the big deal." Paula also took the chance to defend her husband's black and white striped suit, which also received some criticism for making him look like Beetlejuice. "He looked fly," Paula said. 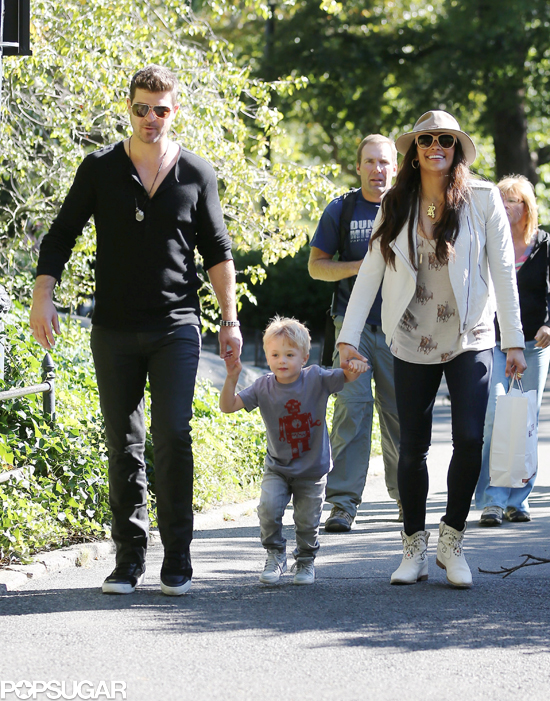 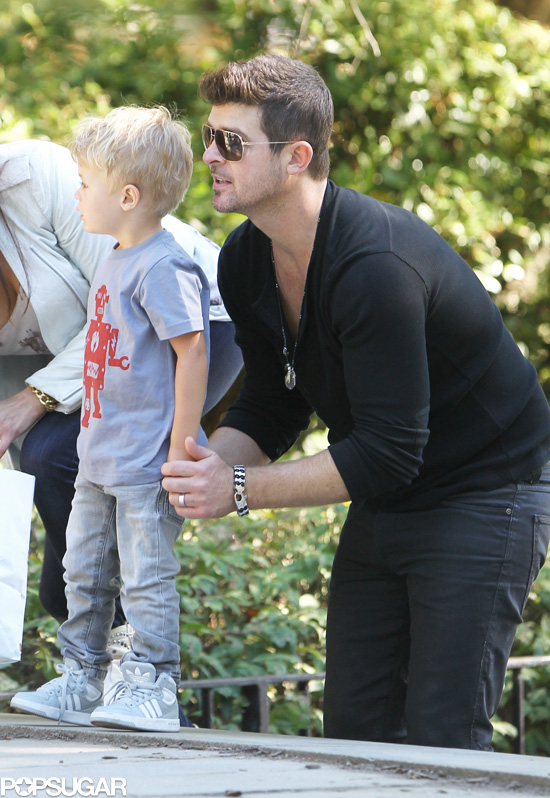 Celebrity News
Yep, Jodie Turner-Smith and Joshua Jackson Are So in Love, They High Five Each Other About It
by Chanel Vargas 5 hours ago

Celebrity Couples
Why Did Jennifer Lopez and Alex Rodriguez Break Up? Here's What We Know
by Monica Sisavat 8 hours ago

Bindi Irwin
Send Tissues! This Exclusive Look at Bindi Irwin's Baby Shower Has Us in Tears
by Maggie Panos 11 hours ago