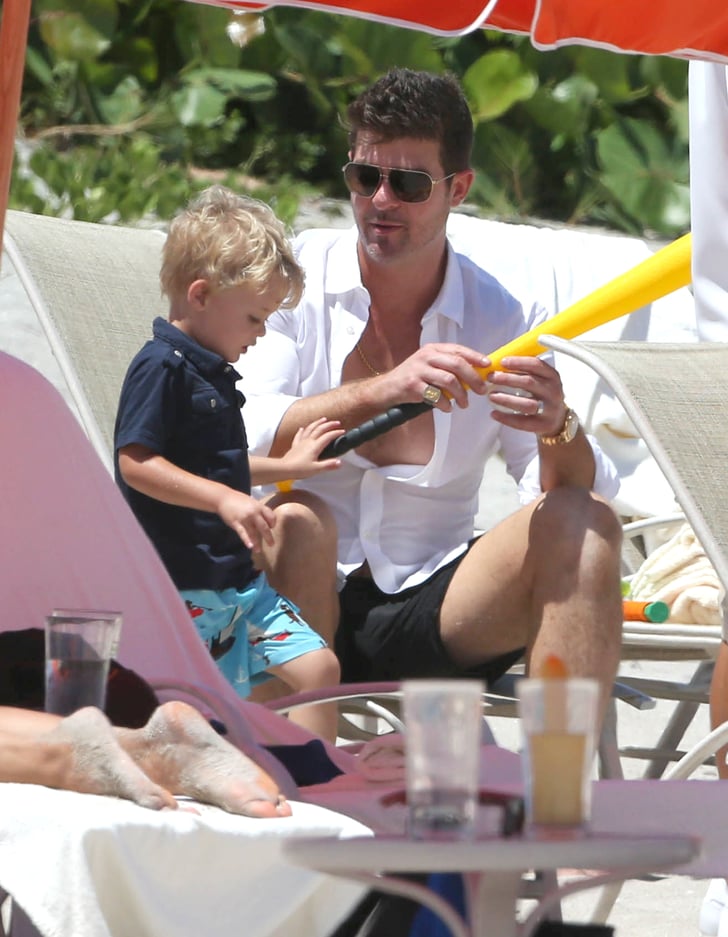 Robin Thicke continued his family vacation in Miami on Thursday, where he spent time playing with his son on the beach. Robin escaped to Florida on the heels of his controversial VMA performance with Miley Cyrus, and we first saw the "Blurred Lines" singer hit the beach Wednesday with his wife, Paula Patton, and son, Julian Thicke, for some downtime. While most of the criticism for the VMA performance has been directed at Miley for her explicit moves, Robin was reportedly bummed out by how the show went. Miley, on the other hand, seems unfazed by the backlash. Her manager reported that she "couldn't be happier" with how the performance went, and she even posted a few risqué pictures after the show.

Regardless of the scandalous VMA performance, Robin's already on to his next new single, "Give It 2 U." The music video, which debuted earlier this week, features still more twerking, plenty of foam fingers, Robin's infamous "Beetlejuice" suit, and even a cameo by Paula and little Julian. Check out the shirtless pic of Robin plus a family shot after the jump!