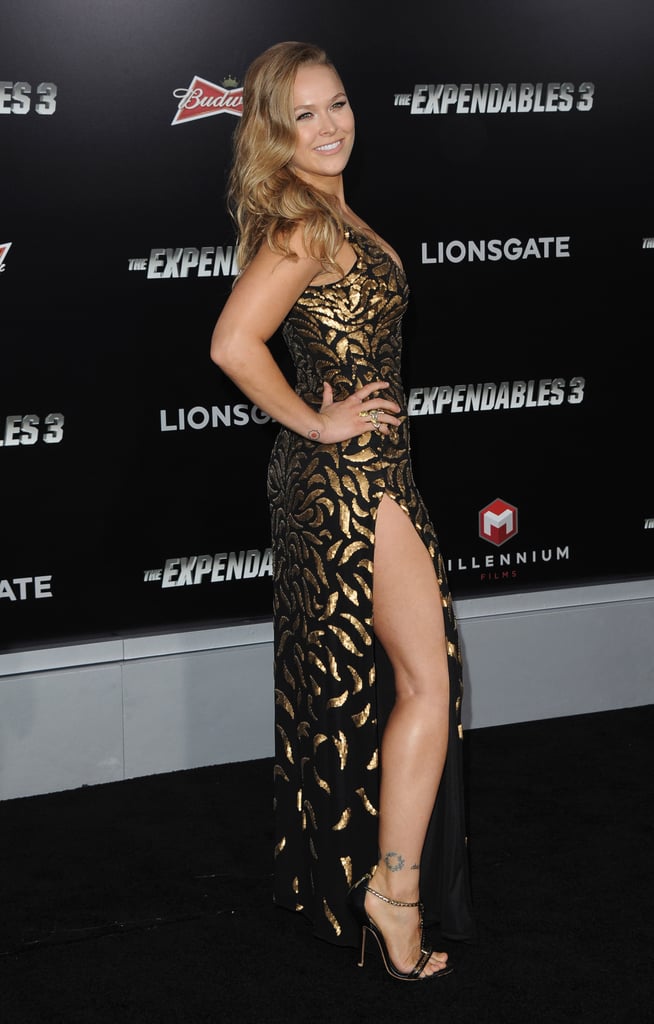 Ronda "Rowdy" Rousey is a total badass in and out of the ring. The 30-year-old athlete became the first woman to win the UFC Women's Bantamweight Championship in 2013, and ever since then, Ronda has been taking the mixed martial arts world by storm, breaking barriers for women everywhere. In addition to getting down in the ring, Ronda has also dabbled in modeling; in 2016, she was featured in Sports Illustrated's Swimsuit Issue wearing nothing but body paint. Today, we're celebrating Ronda by taking a look at her sexiest moments.