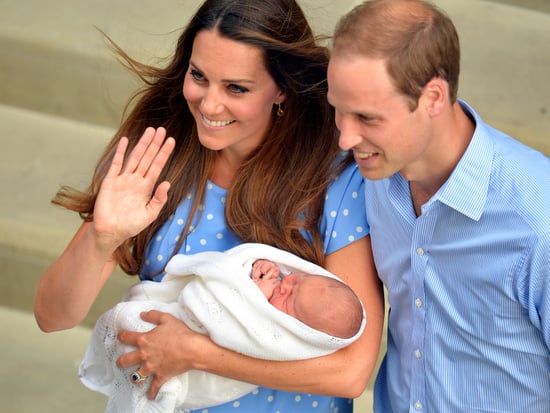 We have a name for Prince William and Kate Middleton's newborn prince! "The baby will be known as His Royal Highness Prince George of Cambridge," Clarence House tweeted today, and the full name is George Alexander Louis. The baby shares one name with his father, Prince William, whose full name is William Arthur Philip Louis. George is an important name in the Windsor family, as it was the name of Queen Elizabeth II's father, King George VI, and grandfather King George V. It was also the favorite among bet makers. When he ascends to the throne one day, the newest British royal will presumably be King George VII.