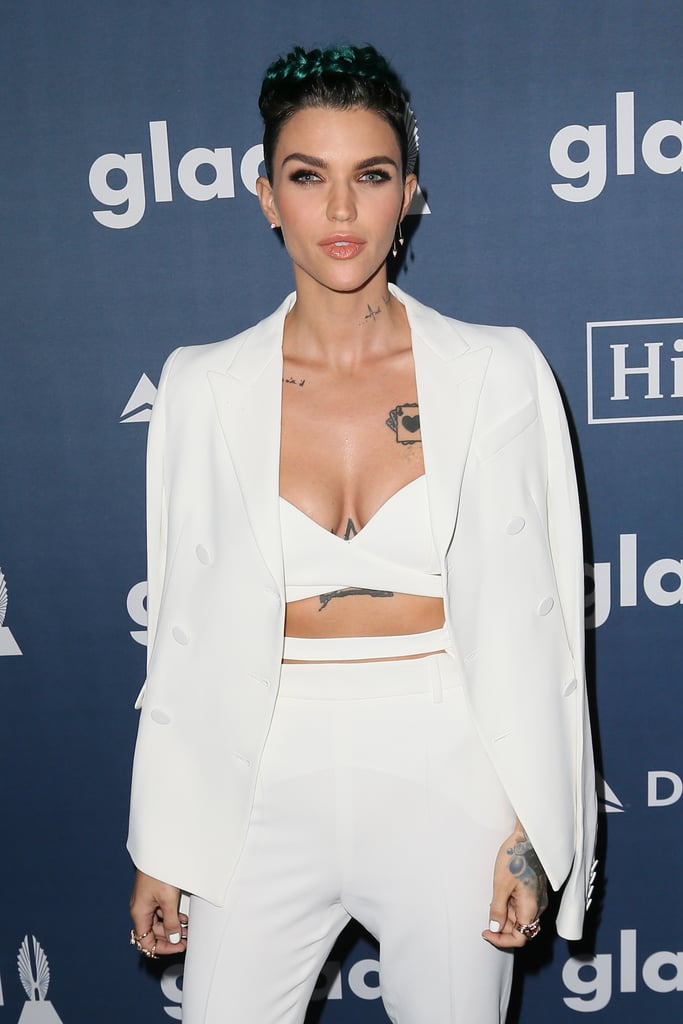 Ruby Rose burst on the scene as a VJ for MTV Australia in 2007, but it was only after she joined the cast of Orange Is the New Black that the world took notice of her insanely good looks. Whether she's flaunting her killer bikini body on a beach in Ibiza, Spain, striking poses on the red carpet, or serving up some serious face on Instagram, there's no denying that Ruby is a force to be reckoned with. PS — she's single now! Brace yourself, because we've rounded up Ruby's sexiest moments and it's about to get hot in here!