After a few hours in court and testimony from both Britney and Kevin, the judge took the case under submission and issued no ruling. Apparently there will be a written ruling either on Monday or Tuesday. During the hearing, Britney reportedly left the courtroom at least three times to use the bathroom, looking visibly upset the whole time. Also, according to Extra, when they asked how she was doing she shouted, "“Eat it, lick it, snort it, f*%k it!" Lovely. After the judge made his non-decision, Britney and Allie quickly made their exit in her white Mercedes. Here's to drawing out this mess even longer. 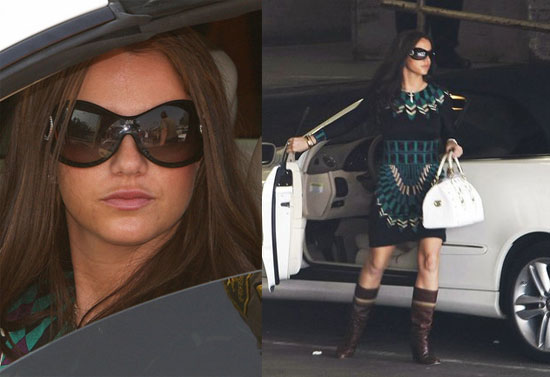