There were a couple of stories we didn't report today, partly because we are incessantly wishing one isn't true, and partly because we think they both may be entirely made-up. However, we do feel the need to alert your attention to the fact that Ryan and Rachel may be taking a break or even officially broken up (keeping fingers, toes, arms, and any other appendages crossed that this isn't true). We're especially skeptical (hopeful) about this story because just last week there were more rumors that the two were engaged. Perhaps they're just trying to throw the press off of their wedding plans. 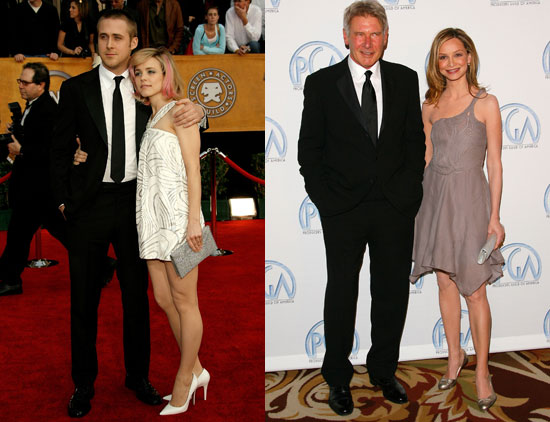 On a brighter note, Calista Flockhart and Harrison Ford may be engaged! If it happens to be true, congrats to the happy couple! Clearly, neither of these rumors have been confirmed just yet, but it's pretty clear which one we hope is true and which one we hope isn't!