Ryan Gosling and Emma Stone joined forces last night for LA's premiere of their film Gangster Squad. It's the second time the costars — who also appeared in 2011's Crazy, Stupid, Love together — have played love interests on the big screen. When we asked Emma tonight what she has in mind for her third film with Ryan, she joked, "Why? Do you have a script?"

Emma walked the red carpet solo in a red look and dramatic necklace from Lanvin, but Ryan had a special woman by his side for the debut: his mother, Donna. Ryan has been dating his The Place Beyond the Pines costar Eva Mendes since shooting the film together last year. We also caught a glimpse of Sean Penn, who plays real-life gangster Mickey Cohen in the film, making a low-key arrival at the premiere. Emma and her costars might have a late night on the town tonight celebrating their new project, but she has an early morning ahead of her later this week. Emma will join forces with Oscar host Seth MacFarlane to announce the 2013 Academy Award nominees bright and early on Thursday. 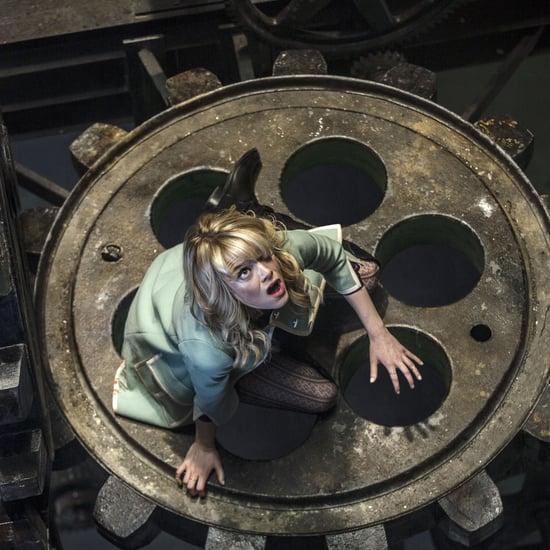