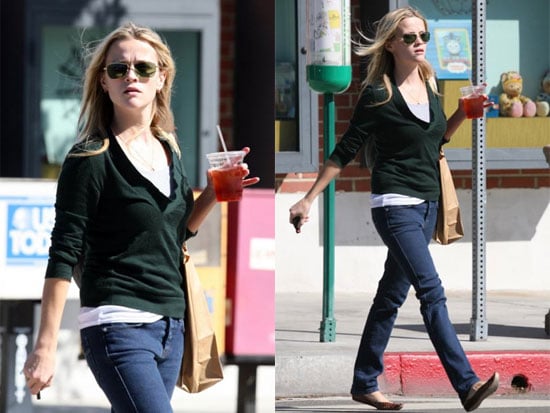 Ryan and Reese - Before the Split

Reese and Ryan sadly announced yesterday that they have split up so it's really no surprise that with this comes a tons of rumors as to why the couple broke up. The latest is from FOX 411 who was at the opening night party for Flags of Our Fathers where they witnessed the two get into a big fight. Here's more: 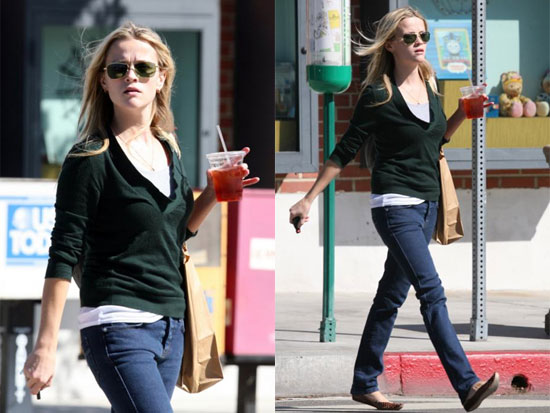 ...they came to the opening night party for Ryan's performance in Clint Eastwood's "Flags of our Fathers." It was not a pretty scene. Reese was packing away cosmos and chatting happily with just about anyone, but it was clear she was peeved about something.

The party took place in the rooftop penthouse suites of the Soho Grand Hotel, and what I saw next was something I decided not to print at the time. The couple went out on the roof terrace and had a knock-down, drag-out fight. It looked like something from "Who's Afraid of Virginia Woolf?"

My line of vision was partially blocked by a big exhaust pipe, so at different times during the fight they were obscured. But then Ryan would appear, disgusted, on one side of it, and Reese on the other.

Suddenly, Reese stormed back inside, crossed past me and headed for the elevator. Ryan followed in hot pursuit. Thus, their security guards assigned for the night went running after them, thinking that they were leaving. After a couple of minutes, though, clearer heads prevailed. The couple came back from the elevator with security in tow. Perhaps they'd forgotten that many members of Ryan's family, including his grandmother, were still in the room, oblivious to what was going on.

The whole thing is just so sad, and we're very sure there will be more rumors to come. I guess we should get used to seeing Reese running around alone like in these photos. More pics so just read more