Sarah Jessica Parker went functionality first walking a slightly less bundled up James Wilkie to school yesterday. It was business as usual for the mother-son duo, despite the sad news that Bitten went down with Steve & Barry's. That certainly doesn't mean less work for SJP, with her new TV show in the works and movies as always. As for the one movie everyone wants to hear about, Sarah Jessica recently talked more about the sequel and also life after removing her mole. Here are highlights: 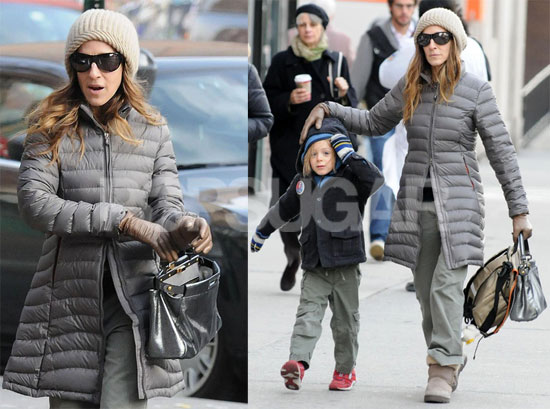 To see what she has to say about James Wilkie seeing the movie and the possibility of a sequel just read more.