Salma Hayek was in Long Beach, CA, yesterday to officially launch Chime For Change, a new charity initiative devised by Salma, Beyoncé Knowles, and Gucci, at a TEDxWomen event. Salma's husband, Francois-Henri Pinault, is the CEO of French luxury company PPR, which owns Gucci, and as such, is the driving force behind the project, which aims to raise funds and awareness to support projects by women around the world. Beyoncé was not able to attend yesterday, but Salma nonetheless posed for photos with other guests, including Jada Pinkett Smith.

Salma took the stage to speak about the project and introduce a short film that featured Beyoncé. In a press release announcing the endeavor, Beyoncé spoke about what Chime For Change means to her. She said, "I have always felt strongly about equal opportunity for women. Girls have to be taught from early on that they are strong and capable of being anything they want to be. It's up to us to change the statistics for women around the world. I'm honored to be in the company of women who live fearlessly and set an example for the next generation of young ladies." 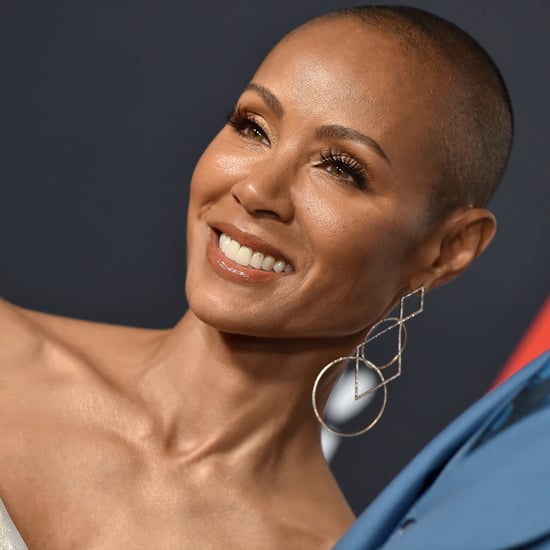 Fashion News
BTS Auction Off Their Louis Vuitton Grammys Suits For a Cause, and J-Hope Throws in His Rings!
by Sarah Wasilak 10/13/21