Salma Hayek made a red-carpet arrival in Rome yesterday for the premiere of Savages. The actress was accompanied by her costar John Travolta and the film's director, Oliver Stone. The trio premiered the film in the UK last week, along with Benicio Del Toro, after debuting their work in the States this Summer with Blake Lively, Taylor Kitsch, and the rest of the cast. Salma has had a busy few weeks making the film-festival rounds overseas. She started the month off in Venice, then made her way to the Deauville American Film Festival in France, where she was joined by her husband, Francois-Henri Pinault, and their daughter, Valentina . Salma opened up about her marriage in an interview for More's October issue, saying, "I really enjoy having somebody that I can be weak with. If I'm insecure or afraid, I can talk about it, and he'll give me strength and courage. With us, there's no power struggle. I don't mind doing things for him because he does so much for me, and he feels the same way." 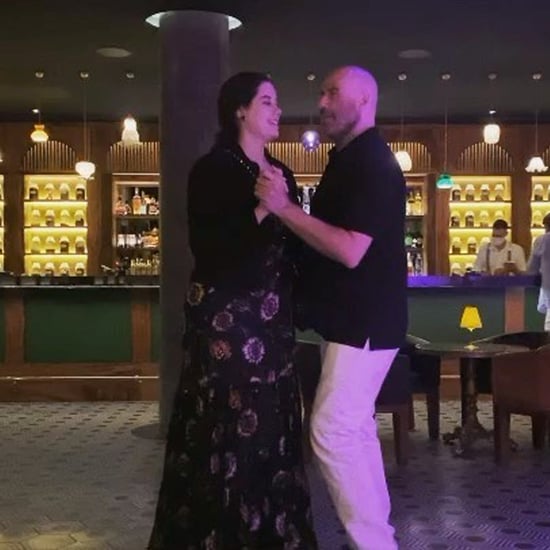 John Travolta
John Travolta and His Daughter Share a Sweet Dance to Honor Kelly Preston: "In Memory of Momma"
by Karenna Meredith 8/22/20