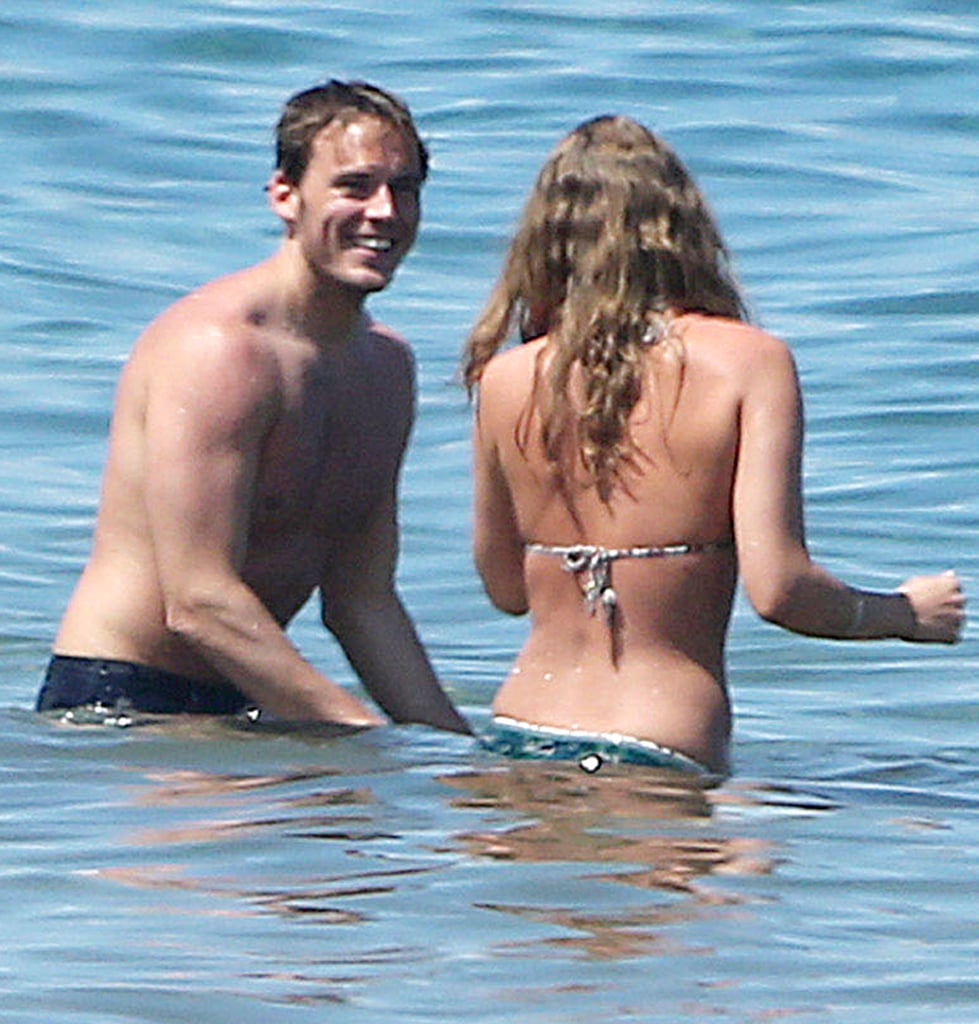 Just because Catching Fire's Sam Claflin lost out on winning best shirtless performance to Zac Efron at the MTV Movie Awards doesn't mean he's planning on covering up any time soon. On Monday, the hunky actor had fun with his wife, Lauren Haddock, on a Maui vacation, where they've been for the past week. The two looked like they had a lot of fun frolicking in the waves and showing major PDA. Sam famously flaunted his toned torso in Catching Fire, and fans are hoping for at least one more shirtless moment when he stars in the upcoming Mockingjay installments of The Hunger Games's franchise. The cast recently wrapped up filming for the final Mockingjay film, and Sam's costar Jennifer Lawrence is now making the press rounds for her other big project, X-Men: Days of Future Past.

Celebrity Couples
Tiffany Haddish and Common Are the Cutest New Couple, and These Pics Prove It
by Corinne Sullivan 9 hours ago