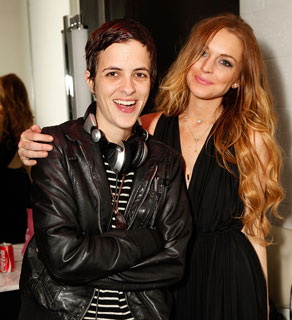 Yesterday Lindsay Lohan acknowledged that she and Samantha Ronson are taking a brief break, but the Ronson family seems to be treating the split far more seriously. Ann Dexter-Jones and Charlotte Ronson went to a police station yesterday to look into filing a restraining order against Lindsay. They say she was acting erratic after being banned from the Ronson party last Friday and claim she was doing drugs and getting physical with Samantha and Charlotte's brother Mark.

LL apparently responded to the news of the restraining order very badly, and while some reports say she has no communication with Samantha, others sources say they are still talking. Meanwhile, none of it stopped Lindsay from hitting the town with her friends and mother last night. It sounds like an emotional situation for both girls, and hopefully things will settle down once they get some time apart.

Lindsay LohanCelebrity Scandals
Around The Web