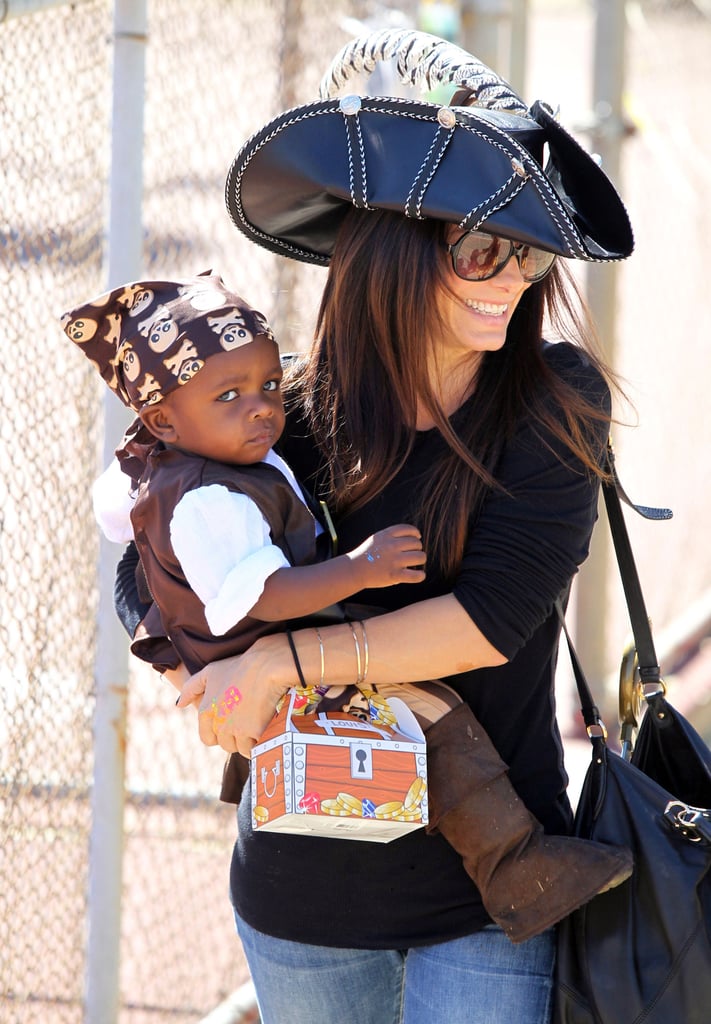 Sandra Bullock and her son Louis were both dressed as pirates for a Halloween party in Brentwood, CA on Sunday. Little Louis was decked out in a head-to-toe getup while Sandra kept things simple with her pirate hat. Sandra has been spending most of her time in LA lately and was recently spotted out dancing late night with Heidi Klum. Sandra scored her Oscar for her work in The Blind Side a couple years ago and her latest film is again starting award season whispers. The Extremely Loud and Incredibly Close trailer was released, and it's already one of the more anticipated films of the holiday season. Sandra also weathers frequent rumors about her personal life, but for now she is focused on her main man Louis.