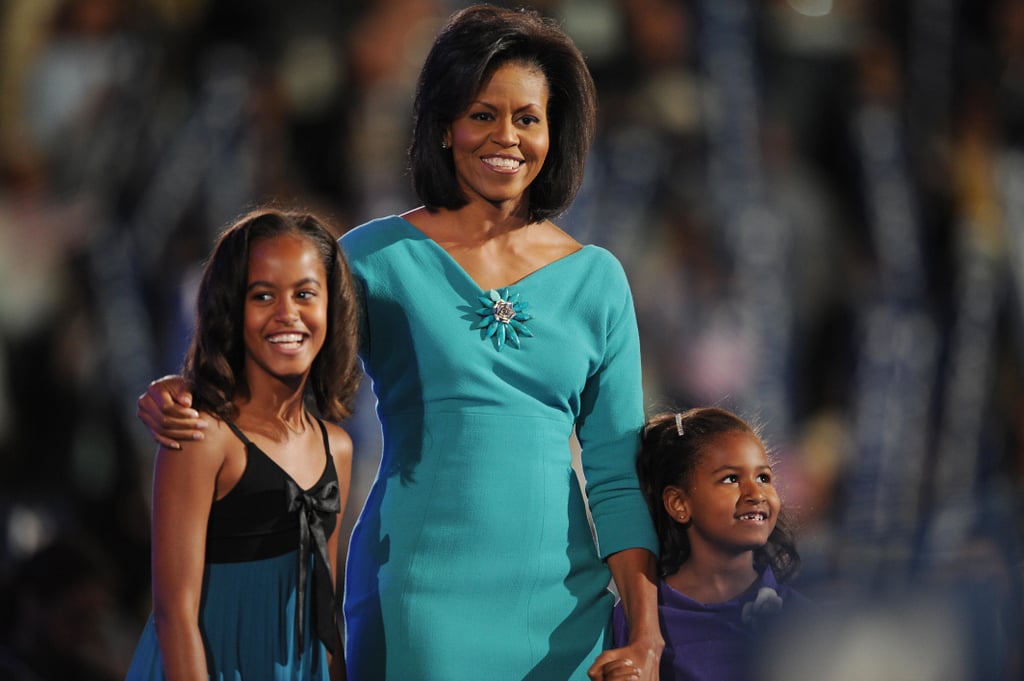 The Obama Girls Have Grown Up Before Our Eyes

Barack and Michelle Obama's little girls, Malia and Sasha, aren't so little anymore! As the nation's most public mom when she was first lady, Michelle always tried to connect with other Americans raising their kids. Malia was just 10 when Barack was elected, and Sasha was 7. "My life is no different from any other working mother. Mine is just more public," former First Lady Michelle Obama told us back in 2012, adding, "Some of us have more resources than others, but the pain, the challenges, the fears of motherhood, the frustrations of being a woman, the hopes and dreams that you have for your daughters, and all our daughters are the same." As the former first family adjusts to private life, let's take a look at the Obama girls' family photo album.

Related:
You Blinked, and These Celebrity Kids Were All Grown Up
Previous Next Start Slideshow
Michelle ObamaPoliticsNewsSasha ObamaMalia Obama

Celebrity News
Barack Obama Celebrates 30 Years With Michelle Obama: "I Won the Lottery That Day"
by Chanel Vargas 3 days ago