Scarlett Strips Down to Lingerie and Shows PDA on Broadway

Scarlett Johansson donned a sexy silk nightgown for her return to the Broadway stage as Maggie in Cat on a Hot Tin Roof last night in NYC. She also showed PDA with her costar, Abraham Lincoln: Vampire Hunter star Benjamin Walker. The stage isn't the only place Scarlett has been showing affection — Scarlett was spotted kissing her new boyfriend, Romain Dauriac, earlier this month.

The Broadway revival of Tennessee Williams's play, which started previews on Tuesday, will officially open at NYC's Richard Rodgers Theatre on Jan. 17. Scarlett is transitioning to her latest role after wrapping up her promotional tour for Hitchcock. She attended the Big Apple premiere alongside costars Jessica Biel and Helen Mirren last month.

Celebrity Instagrams
Love Is in the Air: Celebrities Wish Their Significant Others a Happy Valentine's Day
by Brea Cubit 6 days ago

Oscars
Wow, Barbara Palvin and Dylan Sprouse Were Really Freaking Cute at the Oscars Afterparty
by Kelsey Garcia 1 week ago

Oscars
Scarlett Johansson's Oscars Dress Was Sexy, but Did You Spot Her $2.1 Million Diamond Earrings?
by Nikita Ramsinghani 1 week ago 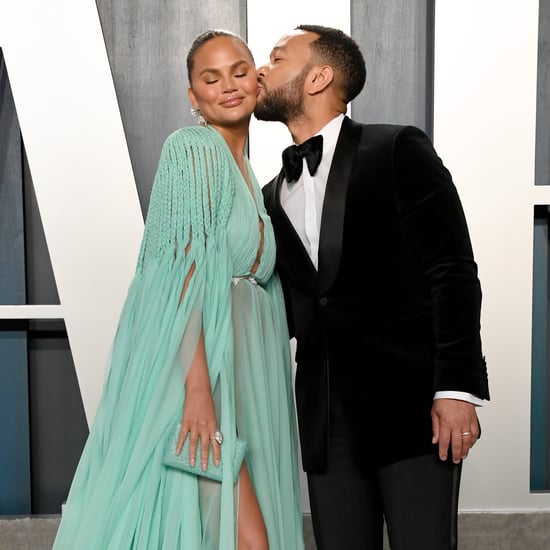