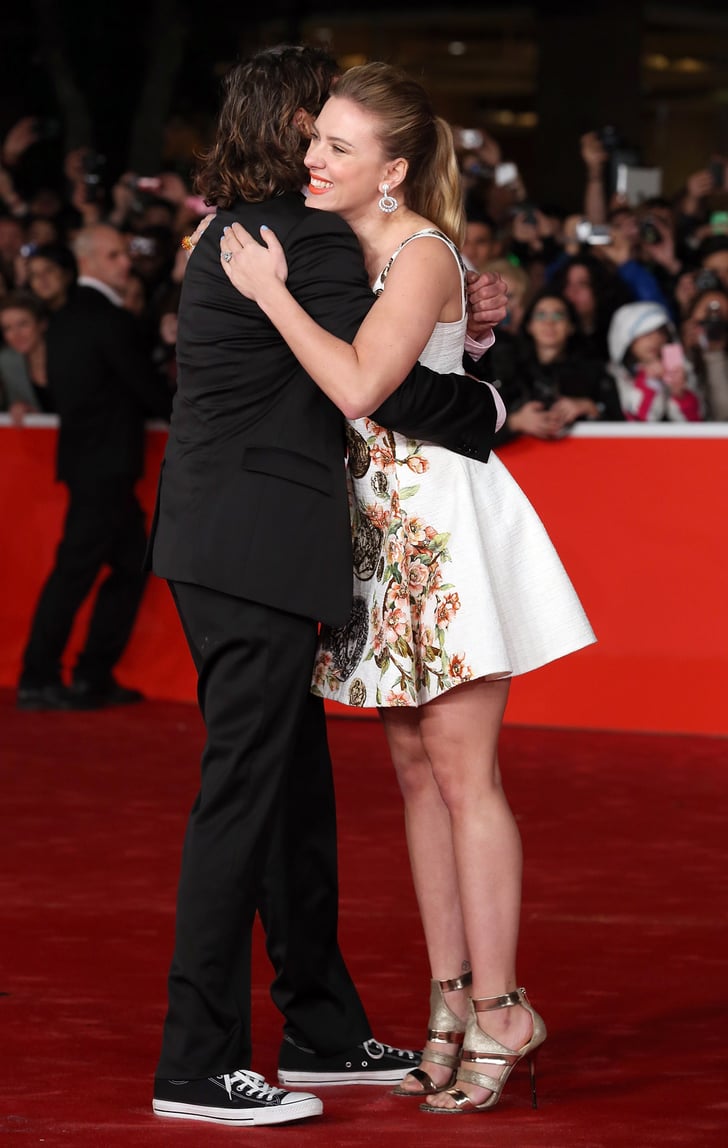 Scarlett Johansson made a special appearance at the premiere of Her at the Rome Film Festival last night. The actress hugged and giggled with her costars Rooney Mara, Joaquin Phoenix, and director Spike Jonze on the red carpet. Once inside the theater, Scarlett enthusiastically clapped for Rooney when she took a bow in front of the audience and happily waved for the crowd when she took her own place at the front of the audience.

Scarlett flew into Italy from Taiwan, where she is currently filming her latest feature, Lucy. This year has been a busy one of filming for Scarlett, as she completed work on Captain America: The Winter Soldier and Chef. Coming up, Scarlett will slip back into her Black Widow costume to begin filming on The Avengers: Age of Ultron.

Scarlett Johansson
Colin Jost Recalls How His Mom Refused to Accept That He Named His Baby Cosmo: "Is It Final?"
by Kate Schweitzer 3 weeks ago