Scarlett Johansson wore a green Emilio Pucci dress last night to attend Moët & Chandon's 250th Anniversary party in Moscow. Before heading into the bash, she posed for pictures with the CEO of Moët Hennessy Russia, Frank Floc'hlay. As the face of the Champagne brand, Scarlett's traveled the world for promotional events since linking up with them back in 2009. More recently, Scarlett's been hanging out in Paris with boyfriend Nate Naylor and even making the rounds at a few Fashion Week parties.

Next up, Scarlett's returning to NYC for a return to Broadway in Cat on a Hot Tin Roof. Movies will keep her busy, too — she's prepping for next month's release of Hitchcock, which is out on Nov. 23 and costars Anthony Hopkins, Helen Mirren, and Jessica Biel. New reports suggest that Scarlett's Black Widow character may even appear in the upcoming Marvel sequel Captain America: The Winter Soldier. 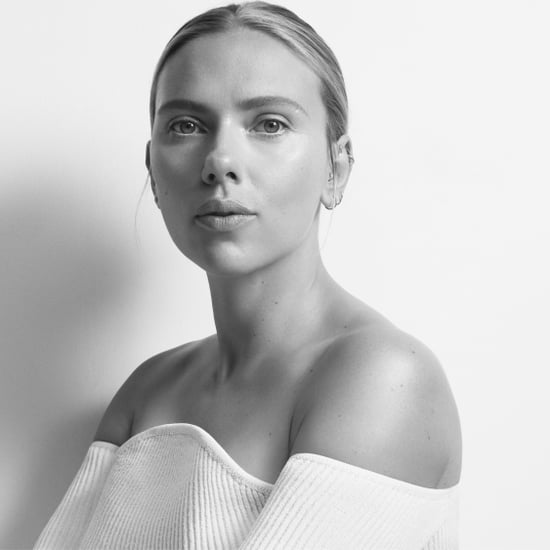