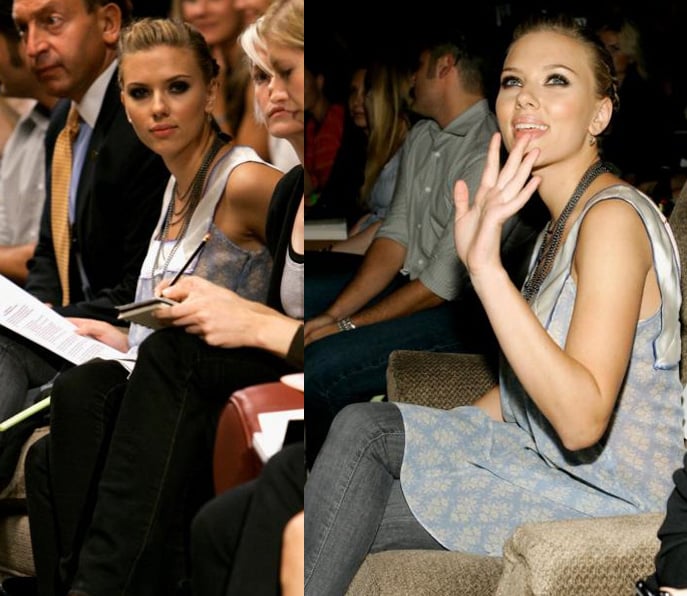 Stunning Scarlett was spotted in the front row this weekend at the Imitation of Christ show. Check out FabSugar to see the Spring 2007 collection. While the designers are a huge fan of Scarlett, it tuns out an ex-boyfriend is not. Her ex, Jack Antonoff is part of the group The Steel Train and has written some not so nice things about Scarlett. Here's more: 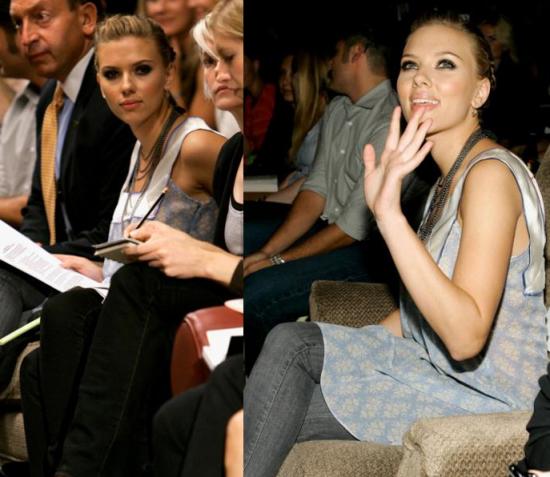 He even names her in the song Better Love: "This girl had it kinda sweet / Till fame swept her off her feet / She sees nothing she did before / Hey, Scarlett, you're not the same."

But the angry outburst has caused friction with Antonoff's bandmates.

Bassist Matt Goldman says, "Jack sometimes wishes he hadn't named her because everyone asks about that. It's the first question they ask. And that's not what we are about."

Scarlett Johansson
Colin Jost Recalls How His Mom Refused to Accept That He Named His Baby Cosmo: "Is It Final?"
by Kate Schweitzer 2 weeks ago