Sebastian Stan might be best known for portraying Carter on Gossip Girl, but that could change with his role in Captain America. We talked to the actor, who plays Captain America's best friend and sidekick, Bucky, at a press day for the movie last weekend. Sebastian told us he initially auditioned for the lead role, which ended up going to Chris Evans, but said Bucky turned out to be the perfect fit. In the Marvel comics, Bucky eventually becomes Captain America, and Sebastian didn't rule out stepping into Chris's shoes in the future. He also talked about the fast friendship he and Chris struck up on the set and the stunts gone wrong that kept them cracking up behind the scenes. Here are highlights : 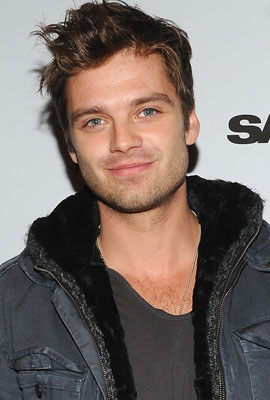 For more of our interview with Sebastian just read more.

Hulu
"The Bear" Star Ayo Edebiri on Cooking, Grief, and Chopping All Those Onions
by Victoria Edel 21 hours ago