In a move nobody saw coming, Selena Gomez and The Weeknd (real name Abel Tesfaye) were spotted sharing a kiss outside of Giorgio Baldi restaurant in LA on Tuesday night. The possible new couple were all smiles as they left their dinner date, and (dare we say it) Selena couldn't keep her hands to herself; she wrapped her arms around the "Starboy" singer and nuzzled his neck in between smooches. Selena hasn't been seriously linked to anyone in a while — though she was at the center of some unsavory rumors involving Orlando Bloom last year — and The Weeknd famously ended his relationship with model Bella Hadid in November. The two reunited on the runway at the Victoria's Secret Fashion Show weeks after their breakup, and their run-in elicited some all-too-relatable reactions.

While this could just be a totally normal, more-than-friendly meal between two people working on a song together (ahem, Drake and Jennifer Lopez), it's also possible that Selena and The Weeknd are actually dating. The pairing, of course, could lead to some awkward drama between Selena and Bella due to their friend group; Selena is famously BFFs with Taylor Swift, who is also famously BFFs with Gigi Hadid, who is famously related to Bella by blood. Wait, here's another connection we just thought of: both The Weeknd and Gigi's boyfriend, Zayn Malik, have done songs for Fifty Shades of Grey films (and Zayn's features Taylor Swift). Oh, and one of Bella's close friends, model Hailey Baldwin, has had an on-again, off-again romance with Justin Bieber for a while now — and we all know Selena's history there.

Celebrity Instagrams
In Case You Forgot, Selling Sunset's Chrishell Stause and Jason Oppenheim Are Dating
by Monica Sisavat 1 week ago 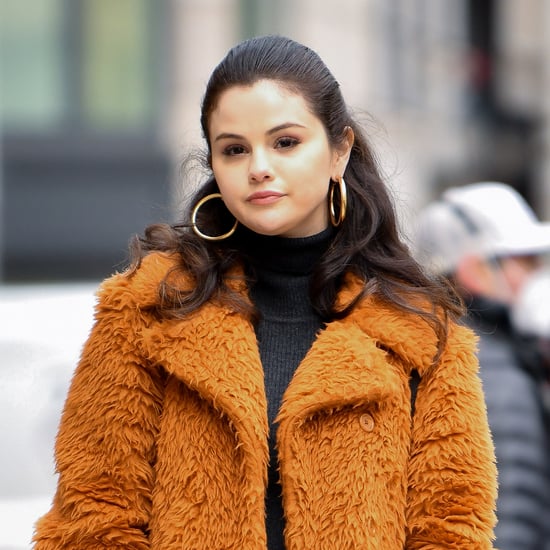