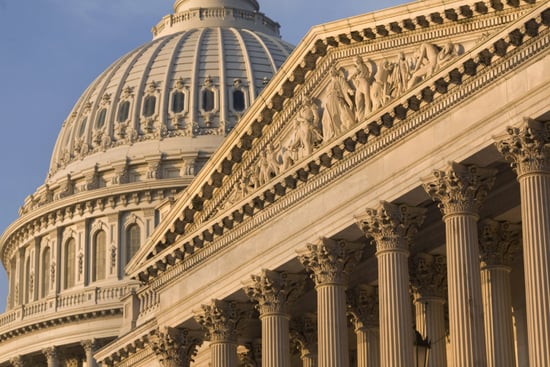 It looks like the US government will finally reopen. Senate leaders announced Wednesday that they had reached a deal to end the government shutdown and avoid default, assuming everything goes according to plan from here. More conservative Republicans had originally balked at funding the government unless Obamacare was defunded or delayed, but the bipartisan deal includes no major concessions that conservatives had hoped for. It does tighten income verifications already in place for subsidies received under Obamacare. If passed by the House, which will take it up first, and then the Senate, the bill will fund the government through Jan. 15 and raise the debt ceiling until Feb. 7, with provisions that make it easier to avoid threat of default in the Winter.

On the floor of the Senate, majority leader Harry Reid said, "The country came to the brink of a disaster. But in the end, political adversaries set aside their differences and disagreement to prevent that disaster." And the White House released a statement saying, "The president applauds Leader Reid and minority leader McConnell for working together to forge this compromise and encourages the Congress to act swiftly to end this shutdown and protect the full faith and credit of the United States of America."