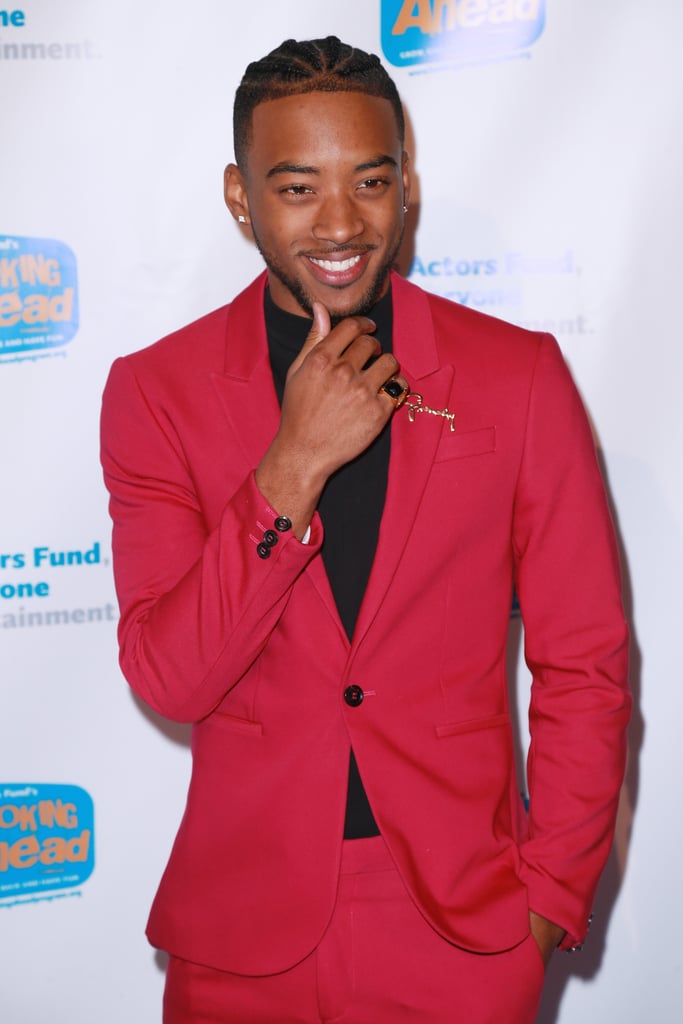 27 Pictures of Euphoria's Algee Smith That Will Have You Saying, "OK, McKay!"

If Algee Smith only came onto your radar because of his character on Euphoria, then you've been missing out. The handsome 24-year-old first rose to fame when he played Ralph Tresvant in BET's The New Edition Story miniseries, and later that year, he earned critical acclaim when he portrayed Larry Reed in the 2017 drama Detroit. Since then, he's gone on to star in The Hate U Give alongside Amandla Stenberg, and now he's breaking hearts as disillusioned college football player Chris McKay. Take a look at these sexy pics of Algee, and you'll understand why we're so excited to see what he does next.

Related:
We Seriously Need to Discuss What Happened to McKay on This Week's Euphoria
Previous Next Start Slideshow
Eye CandyAlgee Smith
Around The Web

Celebrity Instagrams
Please Enjoy These Photos of Andrew Jacobs From Netflix's Trinkets, Because . . . DAMN
by Brea Cubit 2 weeks ago

Celebrity Instagrams
Tom Ellis Is So Devilishly Handsome, It Would Be a Sin Not to Check Out These 52 Photos
by Mekishana Pierre 4 weeks ago