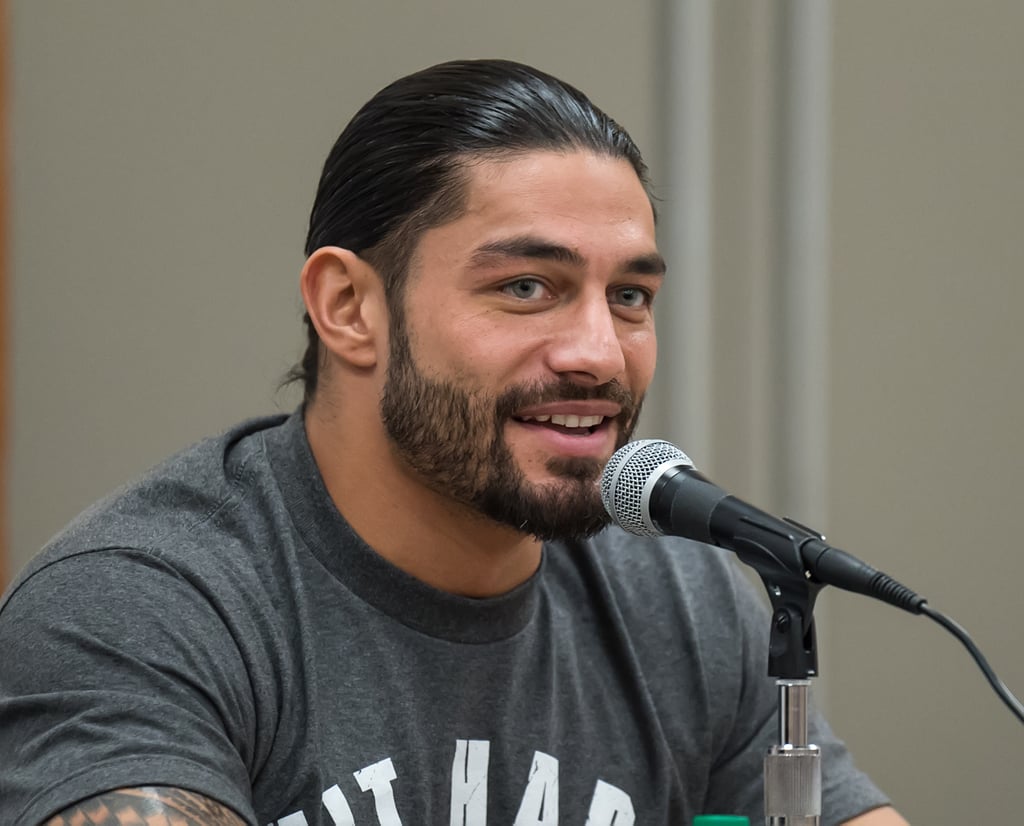 If Roman Reigns (née Joe Anoa'i) isn't on your radar yet, he's certainly about to be. The 34-year-old plays one of Dwayne Johnson's (Luke Hobbs) Samoan brothers, Mateo, in the Fast and Furious spinoff, Hobbs & Shaw, and also happens to be a WWE wrestler. Aside from the fact that he's incredibly buff and easy on the eyes, unfortunately for us, Roman is already spoken for. He's married to model Galina Becker, and they have a 10-year-old daughter named Joelle. Still, there's no harm in just looking, right? Now that Roman is on your radar, see some of his hottest moments ahead!