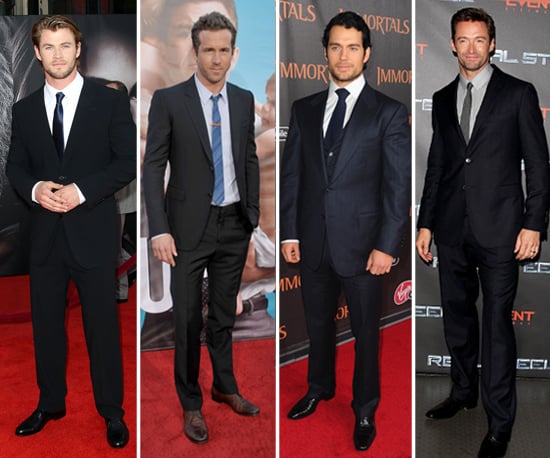 Summer is winding down, but our PopSugar 2012 Shirtless Bracket is still burning with hotness! Good-looking guys are vying for this year's title of sexiest six-pack, but some of Hollywood's biggest stars need your help to unseat the current leader, Robert Pattinson.

Abs are an important factor in casting superheroes, especially the leading men lucky enough to helm major movie franchises. Chris Hemsworth bared skin playing Thor, but he'll need your votes to hammer home a win. Ryan Reynolds put his entire body on display in a figure-hugging Green Lantern costume, and Henry Cavill's pecs of steel are headed to the big screen in next Summer's Superman reboot, Man of Steel. We've seen X-Men star Hugh Jackman transform into his alter ego, Wolverine, in front of cameras, and it's his toned torso that's been known to steal scenes. These are just a few of the sexy superheroes in the running, so be sure to vote for your favorite crime fighter by filling out your shirtless bracket!