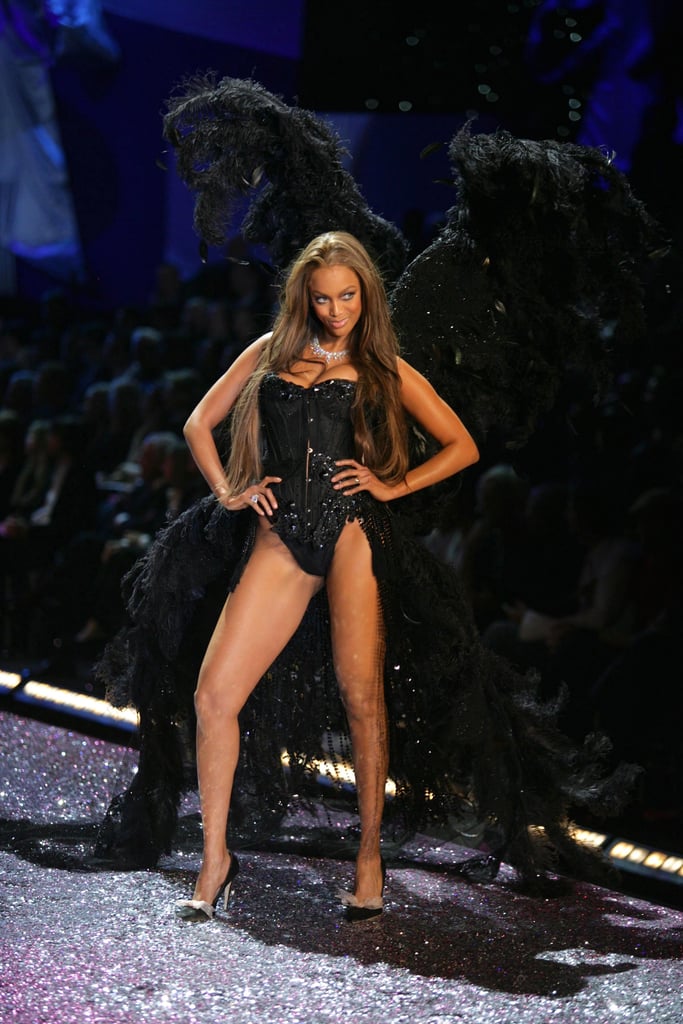 Tyra Banks may have retired from modeling in 2005, but she's officially back! After 13 years, the 46-year-old entrepreneur came out of retirement to grace the cover of 2019's Sports Illustrated Swimsuit Issue, and announced that she'll now be using the moniker "BanX" to mark her return to the modeling world. "I want to flip the script and go by my last name. I'm taking something familiar and making it new. I'm wiser now and thicker," she told Sports Illustrated. "BanX is me, but she's also every woman. BanX represents rebirth and that beauty boundaries only exist to be broken." On top of her return to modeling, Tyra is also serving as the host of season 29 of Dancing With the Stars. In honor of Tyra's comeback, see some of her sexiest moments ever ahead!