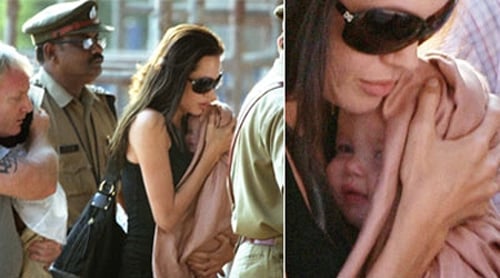 Angelina was spotted doing her best to hide Shiloh while on an afternoon stroll, but Shiloh gave us a glimpse of her pretty face! And in the latest Jolie-Pitt news, it sounds like the growing family may be moving to DC. Brad also has ideas for his kids' careers. Check out more from a recent interview Pitt had in a French magazine.Here's more from Just Jared: 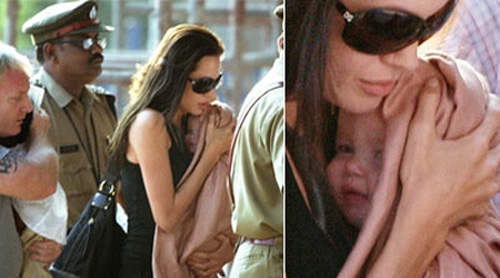 Babel -- the title of the film references the Tower of Babel, which men built to reach heaven. You sometimes create your own Lego version with your kids, right?
"Yeah, that comes from me. I would like to see Maddox as an engineer or architect, but right now he seems more interested in t-ball."

So you like Legos?
"Up to a certain point. There’s nothing worse than walking around barefoot in the middle of the night and stepping on a Lego that’s hiding in the carpet. It’s terrible. But what can you do? It’s one of the risks of being a dad."

And speaking about houses, is it true that you’re thinking of leaving LA?
"We’re thinking of that, yes. LA is not really a place to raise kids. We might move to DC, but nothing is settled."