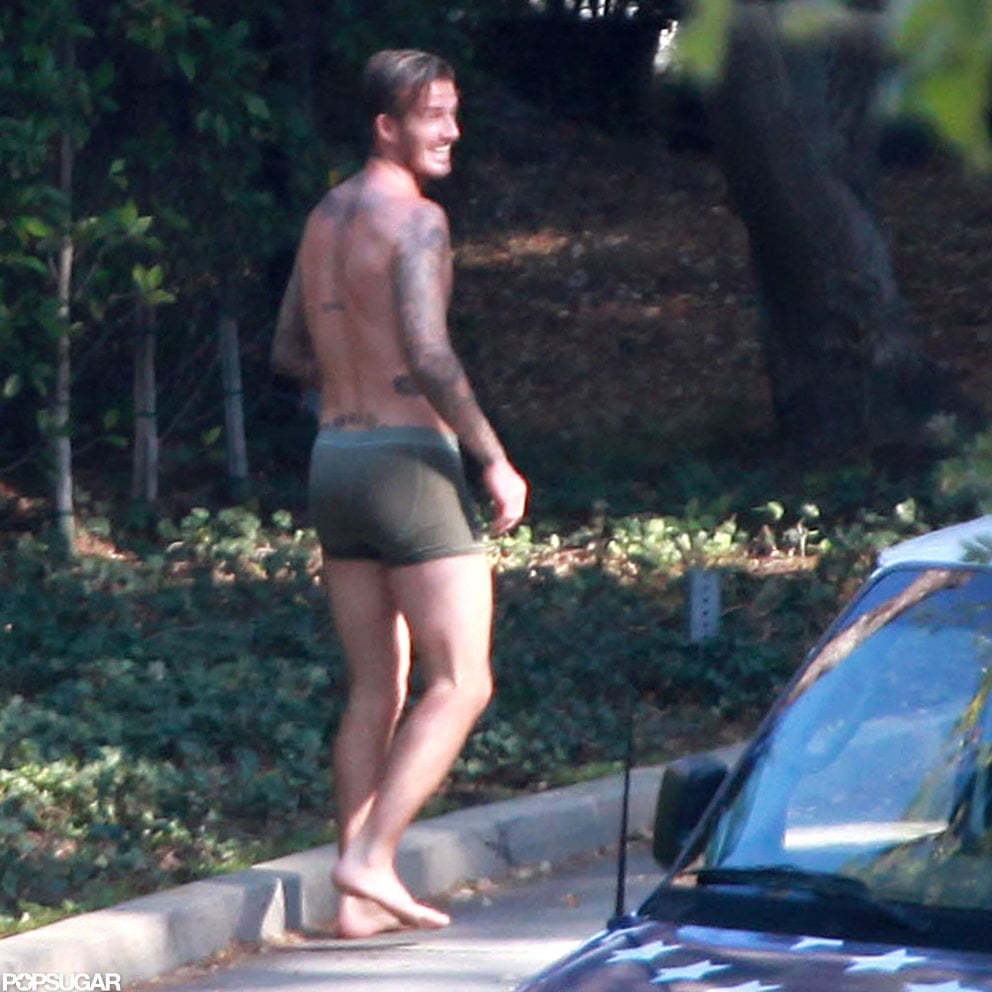 David Beckham looked a bit embarrassed yesterday when a tour bus full of people saw him shooting a new underwear ad for H&M. He was on a street in LA wearing just boxer briefs when the group rolled by and snapped photos!

David was more clothed earlier this week when he stepped out to toast two new Time Warner Cable channels. At the bash on Monday night celebrating the channels, one of which is dedicated to his LA Galaxy team, David talked about his baby Harper and his family with wife Victoria Beckham. David will be back alongside his soccer teammates on Saturday when they take on Real Salt Lake.