Jesus Luz hit the beach in Rio de Janeiro on Friday, and while Madonna wasn't along for the fun, the May-December couple appears to be going strong after almost two years together. The pair first struck up a romance after meeting during a steamy shoot for W Magazine in 2008. With nearly 30 years between them – Jesus is now 23 while Madonna just turned 53 – there were plenty of naysayers who said the relationship would never last. Still, the Brazilian model has spent time with Madonna's children, showed an interest in Kabbalah, and even blended into her circle of friends. What do you think – are you amazed that they've made it this far? 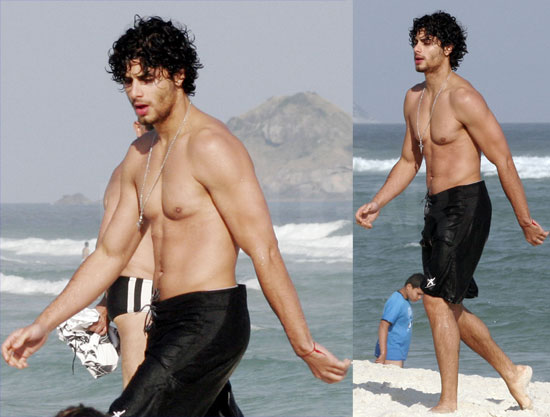