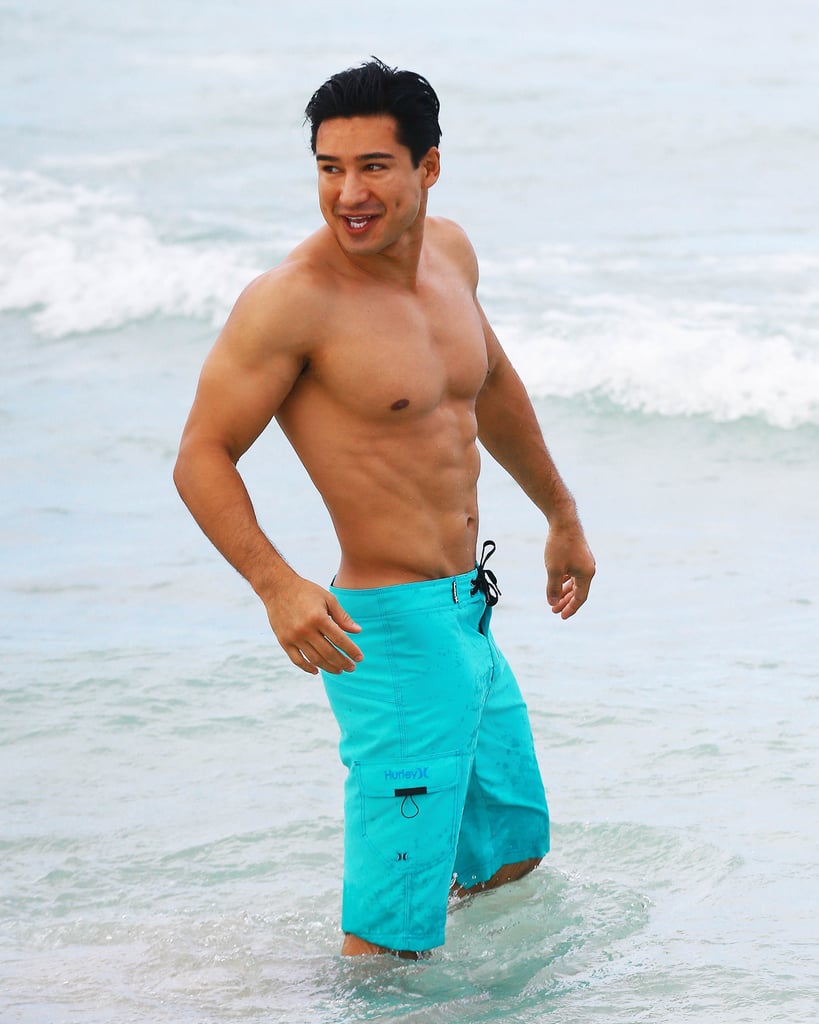 You may have fallen in love with Mario Lopez as the swoon-worthy A.C. Slater in the '90s classic Saved by the Bell, and over two decades later, the time has come to reexamine Mario's good looks. On Saturday, the heartthrob looked hotter than ever during a beach day in Miami. While revealing his sexy V lines in a turquoise bathing suit that hung just low enough, Mario took a dip in the ocean and gave his legs a good burn with a run in the sand. The Extra host also made time for wife Courtney Mazza, holding hands and snapping selfies with her. While it might look like the couple is on a romantic vacation, Mario is actually in town to take on grand marshal duties at the Miami Beach Gay Pride Parade on Sunday.

PDA aside, it's still been an exciting time for Mario, who took us behind the scenes of the Bayside reunion in February and opened up about his personal life — including a one-night stand with a superstar — when he released his book Just Between Us last year. Read on to see Mario flex his muscles on the beach, and then treat yourself to more shirtless celebrities.

Maitreyi Ramakrishnan
Are the Cast of "Never Have I Ever" Single or Taken? Let's Find Out!
by Pallavi Bhadu 19 hours ago