Here's to kicking off a short work week with manjoyment in the form of shirtless Ryan Phillippe and Mark Salling! The two actors were in Puerto Rico for a charity Hollywood Domino tournament and spent their downtime testing the water in the ocean and sipping drinks. Mark's character on Glee, the womanizing Puck, is mohawk-free in season two and we can only hope that they find a way to show off those abs too. Next up for Ryan, he'll be taking this toned, tanned body to the Toronto Film Festival to premiere The Bang Bang Club. Even in the trailer, Ryan strips down to display the six-pack, which earned him a spot in the sweet 16 of our August bracket. Enjoy the hot eye candy as we start to say goodbye to Summer and all its celebrity beach body glory. 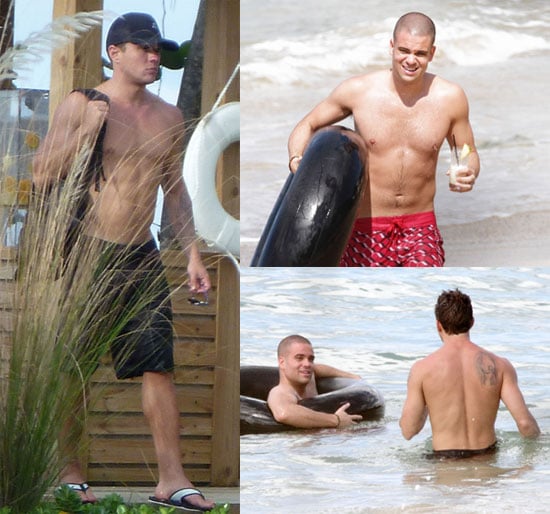 To see more of Ryan and Mark, just read more.

Eye Candy
Move Over, Mr. Darcy! Regé-Jean Page Is the Regency-Era Man of Our Dreams
by Grayson Gilcrease 12/28/20