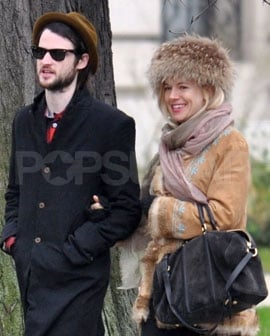 Sienna Miller is pregnant, according to reports! She and 26-year-old boyfriend Tom Sturridge are expecting their first child later this year.

Sienna, who just turned 30 in December, and Tom have been going strong for almost a year. They got together in early 2011, just after she split from Jude Law. 2012 is shaping up to be a huge year for Tom between a baby and a huge new movie, On the Road, coming out.