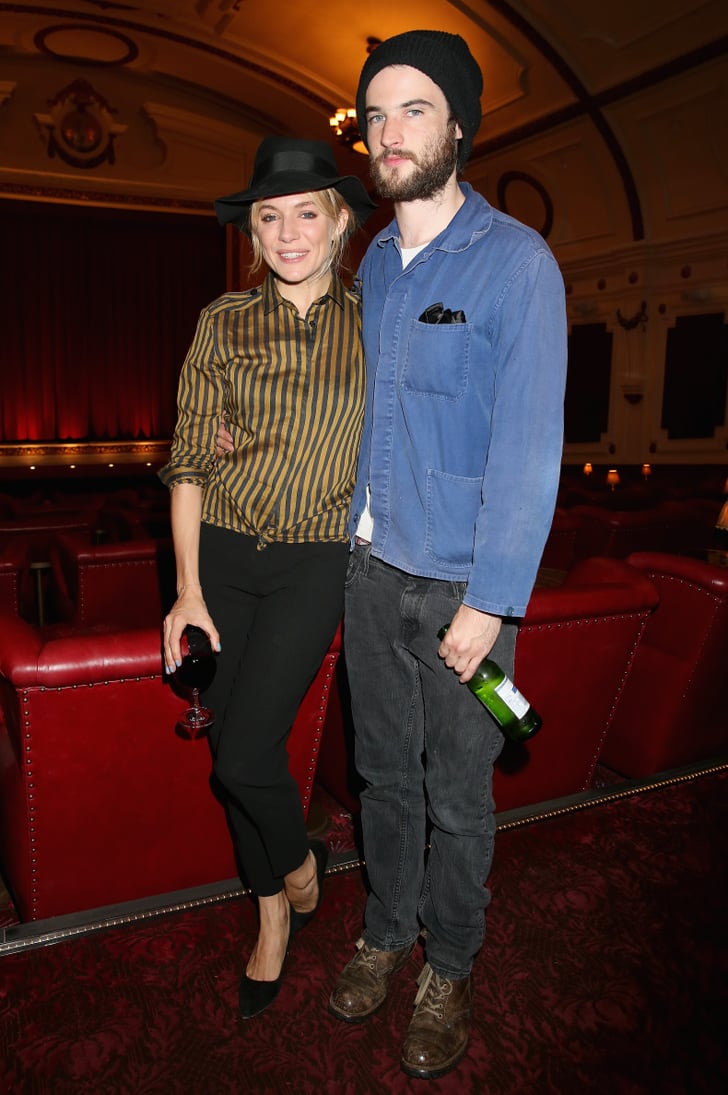 Sienna Miller and her fiancé, Tom Sturridge, stepped out for a sweet date night screening of About Time in London on Tuesday night. The couple sipped beer and wine and posed for photos in the theater. The romantic comedy and sci-fi film stars Rachel McAdams as the girlfriend of a man who discovers he can travel in time. Rachel hit the red carpet recently to promote the movie in London and Munich but didn't seem to be on hand for last night's event.

Sienna has been sticking close to her home country of England since embarking on an Italian getaway back in July. She was seen taking her 1-year-old daughter, Marlowe, out for a stroll around their London neighborhood before spending a flirty night out with designer Matthew Williamson and her pal Poppy Delevingne, whom she was spotted smooching outside a restaurant. Sienna will likely pop up at the runway show for her friend Matthew during London Fashion Week later this month. She and Tom may be sitting front row for the Burberry presentation as well, especially since they star in the British brand's Autumn/Winter campaign, Trench Kisses.