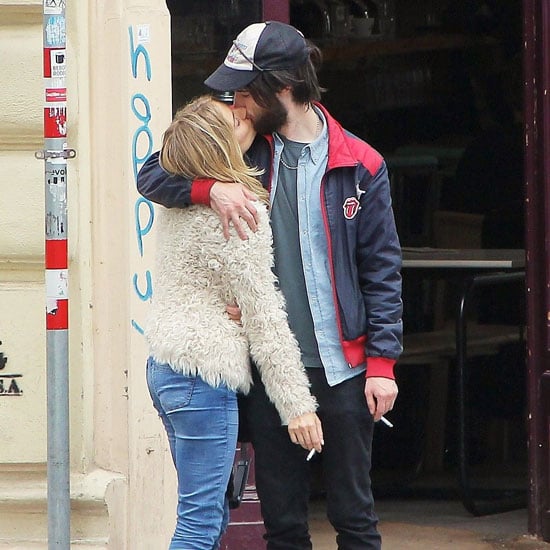 Tom Sturridge couldn't keep his hands off his lady friend Sienna Miller yesterday as the duo walked around Vienna. They're in Austria during a break in the performance schedule of Flare Path, which has kept Sienna busy back in London since March. Sienna and Tom have been hanging out in the UK for the last few months, ever since her split from Jude Law earlier this year. Tom might not be the only guy in her life at the moment, though, as Sienna's rumored to have also been seeing rich Brit Dan Macmillan. One of the most interesting relationships from her past may have been rekindled at some point as well. Sienna Miller reportedly got back in touch with George Barker, aka DJ Slinky Wizard, after her breakup with Jude. Slinky Wizard was memorably one of Sienna's flings during the Summer of 2009, when she was on a break from Balthazar Getty. Sienna has one more reason to smile in addition to her colorful love life — she just won around $160,000 from the News of the World in a legal settlement after the publication was convicted of hacking her personal phone.

by Samantha Brodsky 10 minutes ago