The Simple Life's finale was a joke. For those of you who missed it, E! is repeating it over and over again but all the hype of a Paris and Nicole reunion was falsely advertised. Instead, the show was mainly about a fake Paris since the real Paris was too tired to go to work. When Nicole discovered the fake Paris, she decided it was payback time. 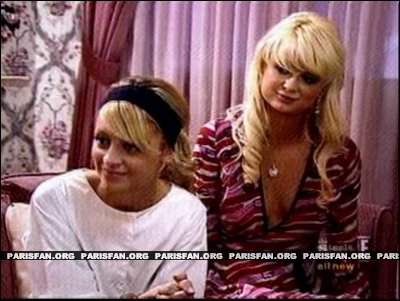 To read more since we don't want to spoil it for those of you who have yet to tune in, read more

The much hyped reunion will supposedly really happen now that the girls have signed on for another season on E!. SO this year's season finale ended with a cliffhanger with a "to be continued" sign at the end when the real Paris confronted Nicole at the last 2 seconds of the show. The two were shown briefly sitting on the couch together, but for all we know it was just really great editing. If we hadn't seen this in the previews 100 times before, maybe it would have been a good way to close the season. As always, Nicole cracks us up and it was really funny to watch Nicole boss fake Paris around, but we vote for a do-over. And yes, we are still shocked we invested so much time watching this show this summer but it's been a slow TV season.