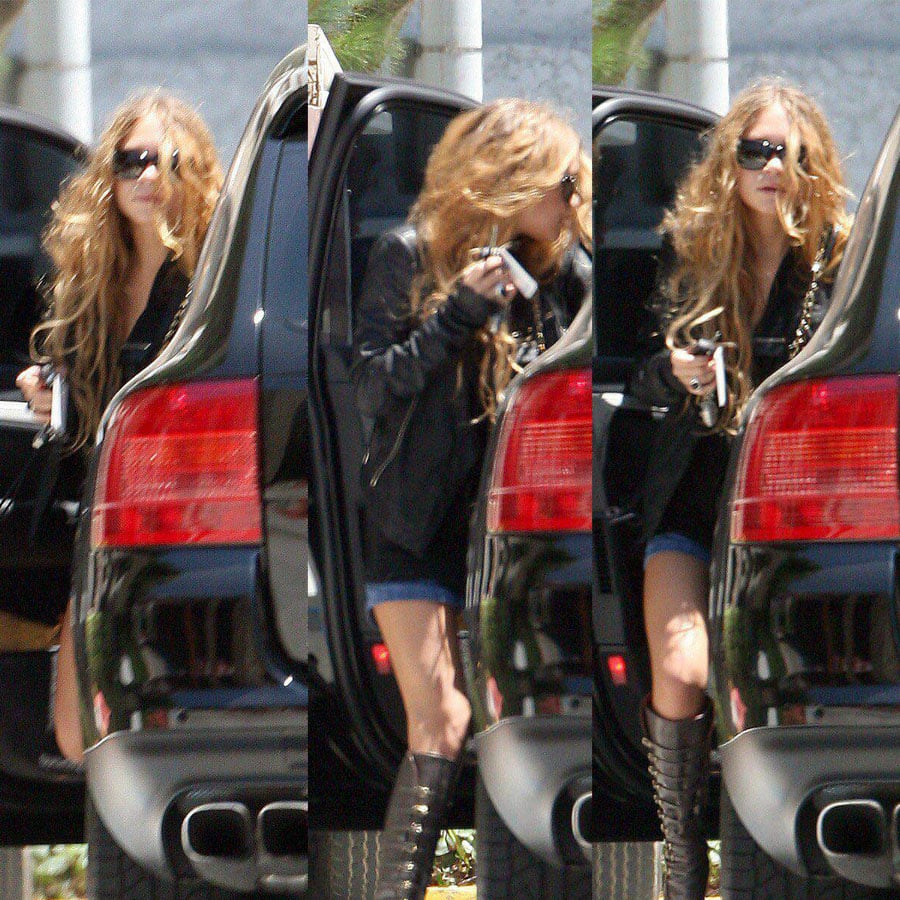 MK and Ashley made millions off of their innocent image but the girls are all grown up now. Unfortunately the only thing they are in the news for these days is smoking in their offices and dancing at Marquee. Here's the most recent MK sighting as reported by People:

Mary-Kate Olsen, dancing with a scruffy-faced guy to Michael Jackson's "Billie Jean" at New York City hot spot Marquee during a party for model May Anderson. And when Olsen didn't have her arms around her pal, she was smoking cigarettes and sipping an energy drink.

After all those years of hard work as a child they should have the chance to let loose a little. They are still more under the radar than their peers. I'm loving MK's fierce boots and short skirt in these pics. For more great photos of MK in Harper's so read more