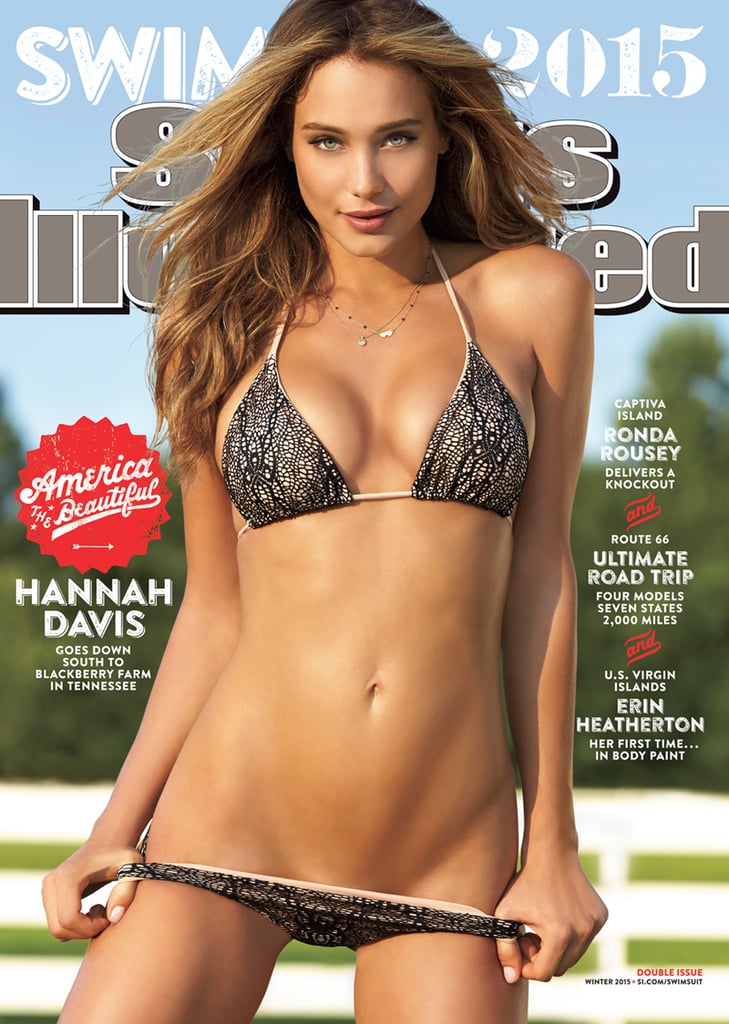 The annual Sports Illustrated Swimsuit Issue was revealed on The Tonight Show Starring Jimmy Fallon on Wednesday night, and the coveted cover spot was given to Hannah Davis! She (barely) wore a printed bikini for the shoot — shop similar styles here! It's her first time gracing the front of the magazine, though she modeled in the 2014 issue as well. Hannah shared her excitement on Instagram writing, "I am honored to be your 2015 cover girl! Wow!!"

The 24-year-old has also modeled for Victoria's Secret, Levi's, and Tommy Hilfiger over the years, but she might be better known for her high-profile relationship. Hannah and retired Yankee Derek Jeter have reportedly been dating since 2012 and were frequently photographed together after his final Major League Baseball game last Fall.

Fashion News
Chromat Shows Swimwear For Trans, Nonbinary, and Queer People on a Feel-Good Runway at the Beach
by Sarah Wasilak 9/13/21