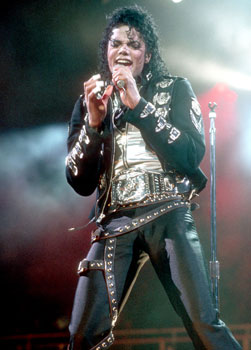 Michael Jackson's memorial service will be held at the Staples Center in LA tomorrow as the media continues to speculate about his death and the aftermath. Lots of stars are scheduled to attend the event, and the list of performers includes Mariah Carey, John Mayer, Usher, Jennifer Hudson, Stevie Wonder, and many more. 8,750 pairs of tickets were also distributed to the more than 1.6 million fans who took part in an online lottery. In order to avoid more media attention, Debbie Rowe will not attend the service.

Meanwhile, Michael's mother Katherine has been denied her request to become the executor of Michael's estate. Finally, a handful of doctors are still under investigation as authorities continue to explore the connection between MJ's death and his intake of prescription drugs.